This fall has been particularly devastating in many ways, especially for the state of California. At least 88 people perished in the Camp Fire. The town is gone. The cleanup might never happen.

In our niche world of trail running, the Camp Fire resulted in the cancellation of The North Face 50 - arguably the most competitive 50-miler in the world - due to dangerously bad air quality. A slew of runners went to Tahoe instead and raised over $10k for relief. So impressive! For the best summary of climate change and forest fires, check out none other than Trail Sisters' recent article. 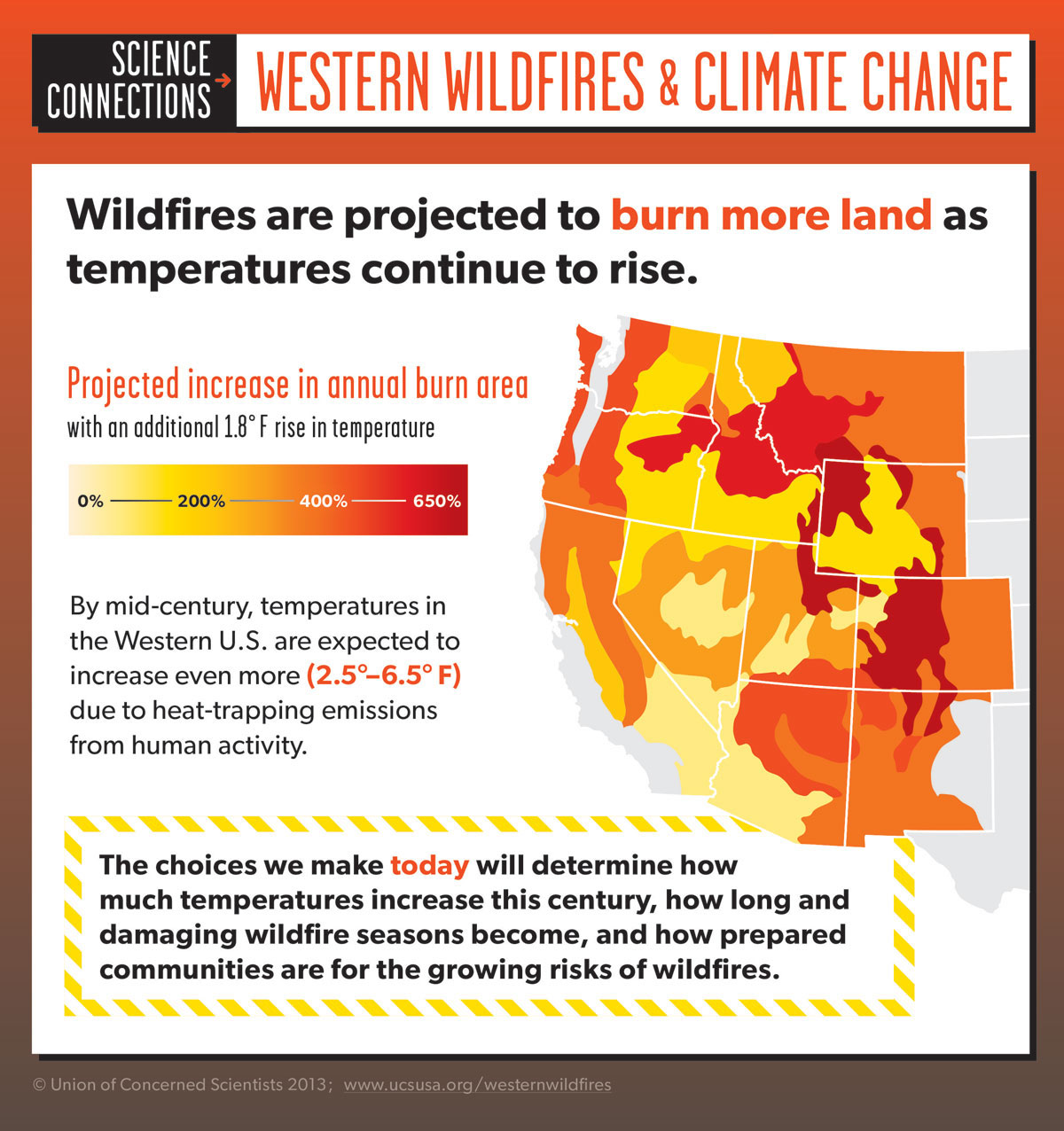 More running news: three women, Ida Nilsson, Sandi Nypaver, and Taylor Nowlin (current FKT-holder) ran awe-inspiring fast times in the rim-to-rim-to-rim of the Grand Canyon, joining Cat Bradley and many other women in the history books of the Grand.

I went to Zion National Park for my own FKT, incredibly inspired by the previous record holders: Joelle Vaught, Bethany Lewis, and Krissy Moehl. And Hayden Hawks, who has th men's FKT. Zion is his backyard; the west entrance is 10 minutes from his house. Having him show me the ins and outs of 20 miles of the 48-mile trail was the kindest trail gift I could've asked for. I'll write a report about the run soon.

The more pressing issue at hand is this:

The human - forest interface is blurrier than ever before, therefore many communities are rebuilding more than a few times within a generation. Since we're not moving away from forests anytime soon, especially in southern California, which suffered massive property destruction last month in the Woolsey Fire ($1.6 billion in home losses), we have to start ALWAYS ACCOUNTING for a future with more and more devastating forest fires if we do not start combating climate change immediately.

Why am I talking about this? Because most people and popular news outlets are not! So actually, this blog is about four things. The fourth: partisan politics preventing necessary climate change mitigation. Additionally, popular media is lacking to accurately describe these forest fires. From Senator Sanders: 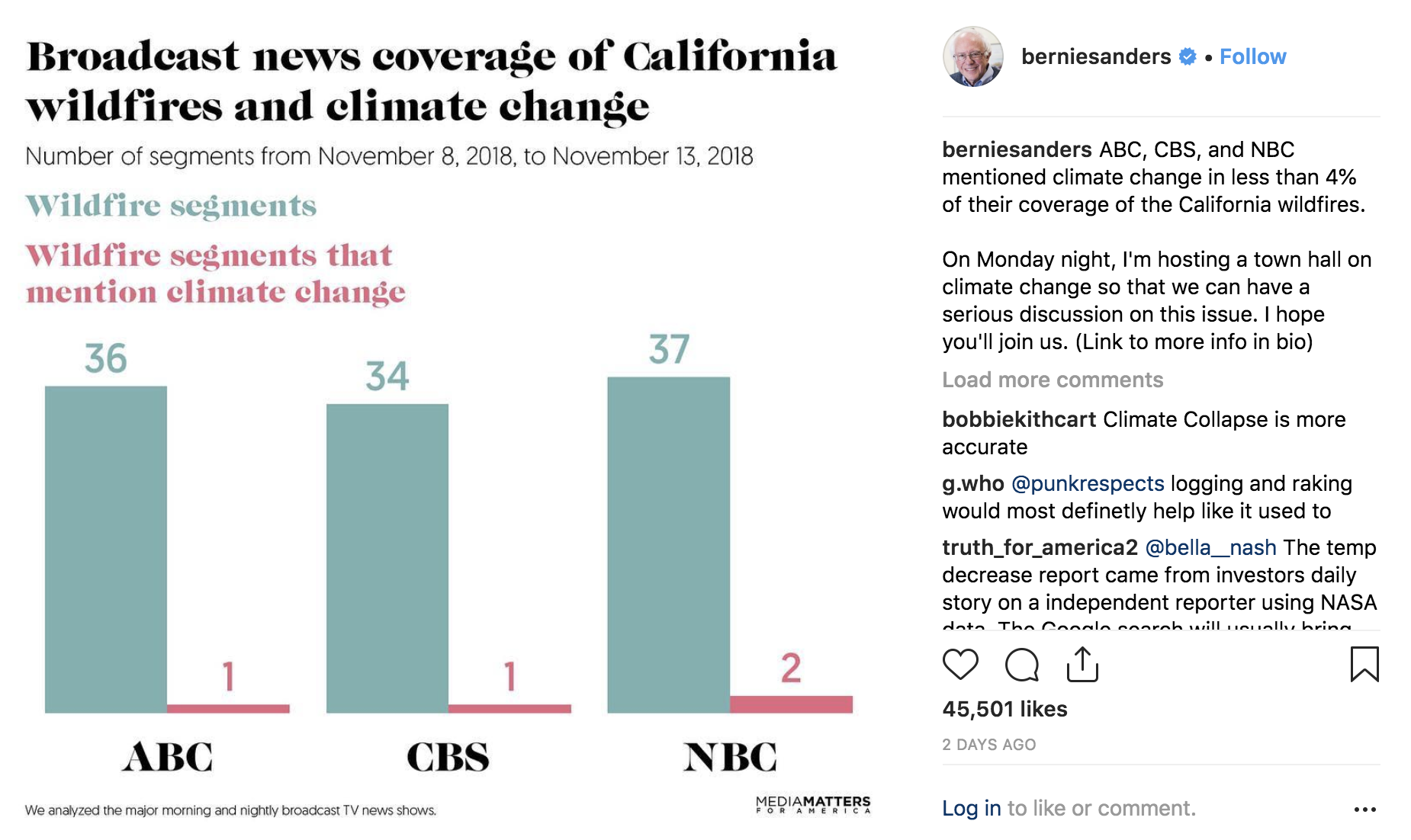 Are your Senators and Representatives talking about climate change in Congress?

The upshot is there are a few AMAZING things happening in Congress. In the Senate:

Senator Jeff Merkley (D-OR) introduced a resolution that highlights key findings of the recent IPCC report and our own government's National Climate Assessment. The resolution calls for bold action to combat climate change and was co-signed by 24 other Senators, one being Michael Bennet from Colorado. Senator Merkley said:

“Climate chaos is already wreaking havoc on the US, most prominently from massive forest fires and more powerful hurricanes. We need to act boldly to save our economy and our environment. We are paying for our inaction, and the catastrophic events we’re experiencing are just a sliver of what’s to come if we don’t dramatically reduce carbon pollution.”

For Coloradans, note that Senator Cory Gardner has not signed this bill. The last time I was in his office, his staff wasn't the least bit concerned about climate change impacts to Coloradans.

In the House of Representatives, important climate news is this incredibly exciting BI-PARTISAN bill to combat climate change through Carbon Dividends: 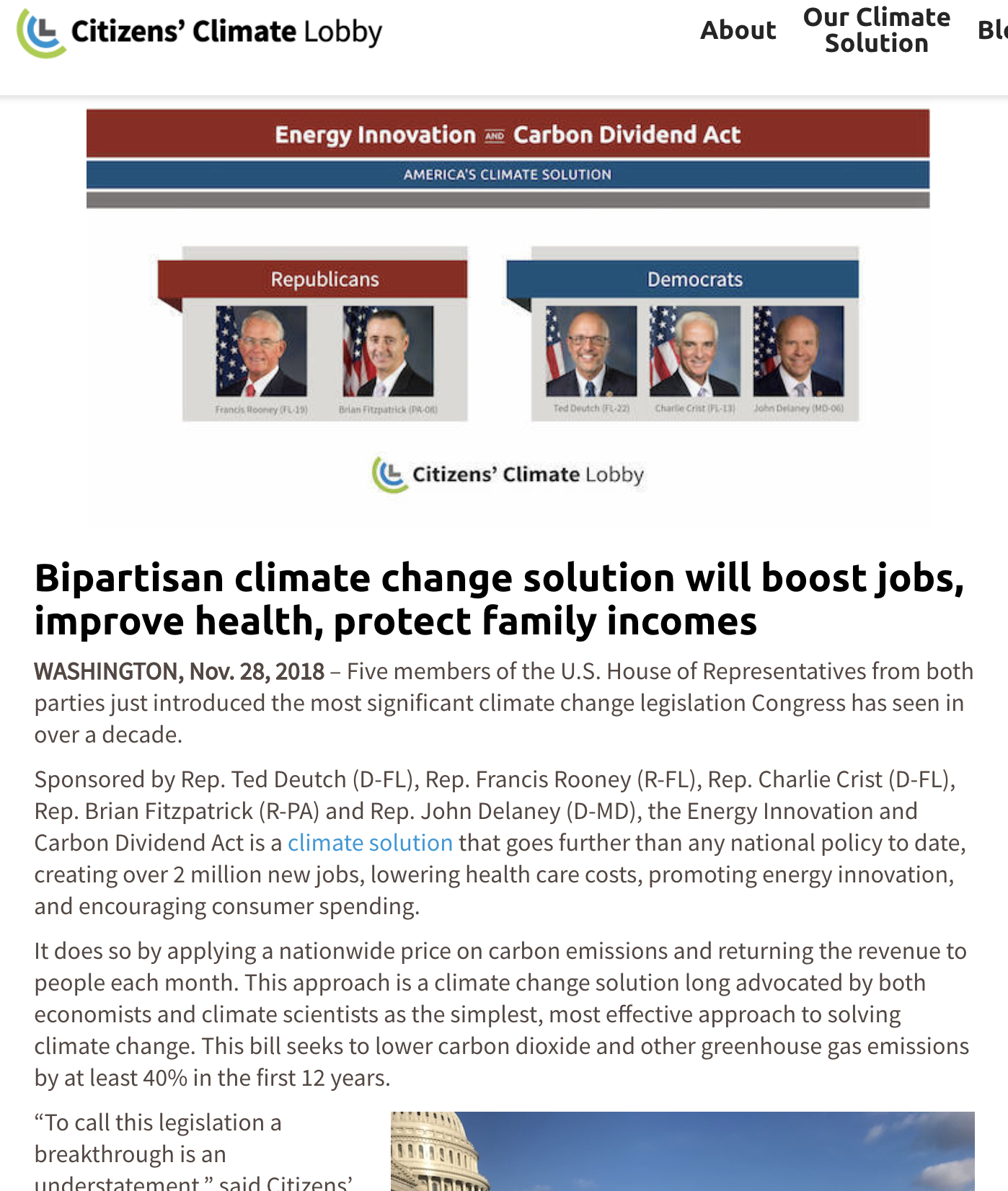 Also in the House, progressives are proposing a "Green New Deal," which could also be called the "smart new deal." Here are the key points proposed by Alexandria Ocasio Cortez: 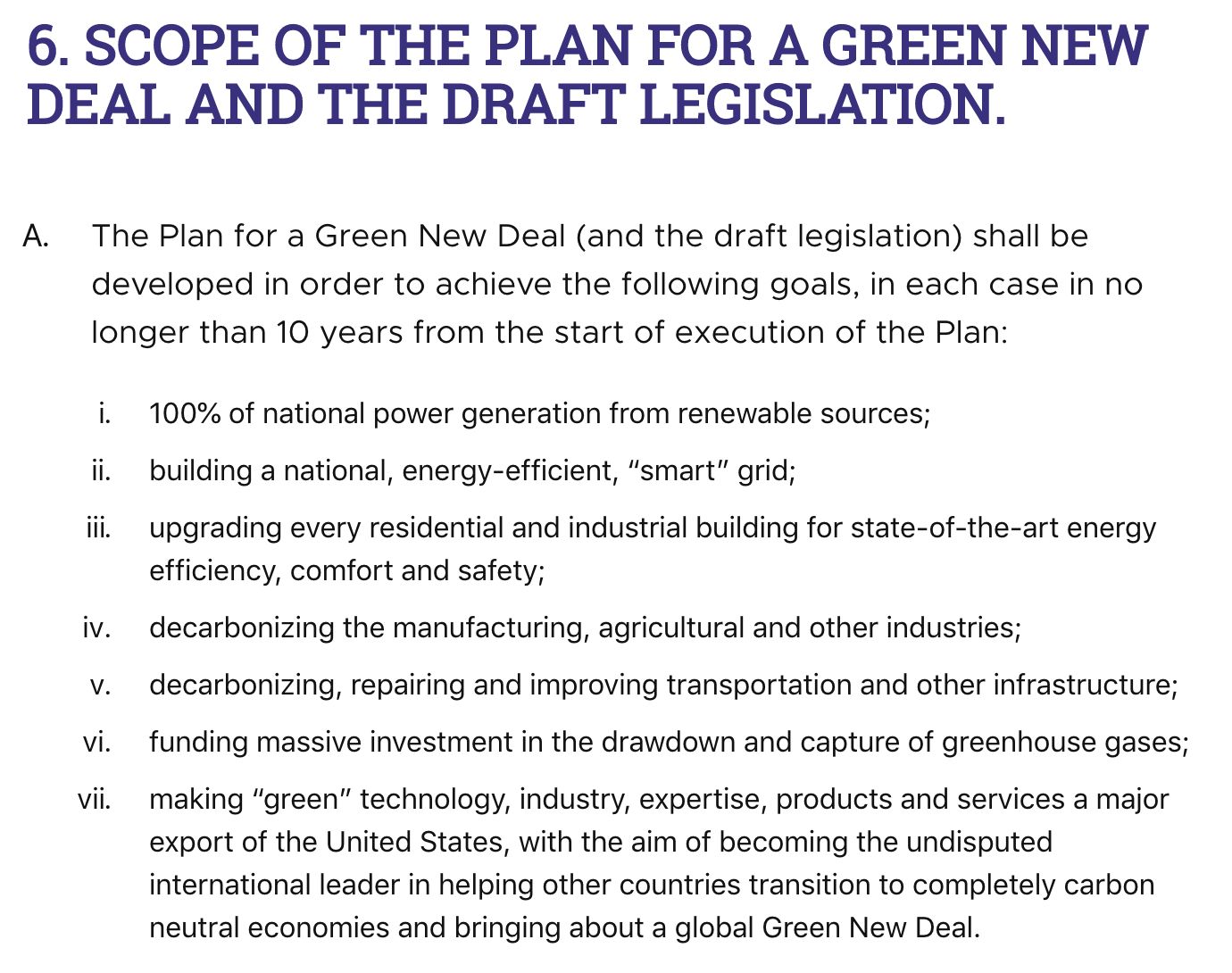 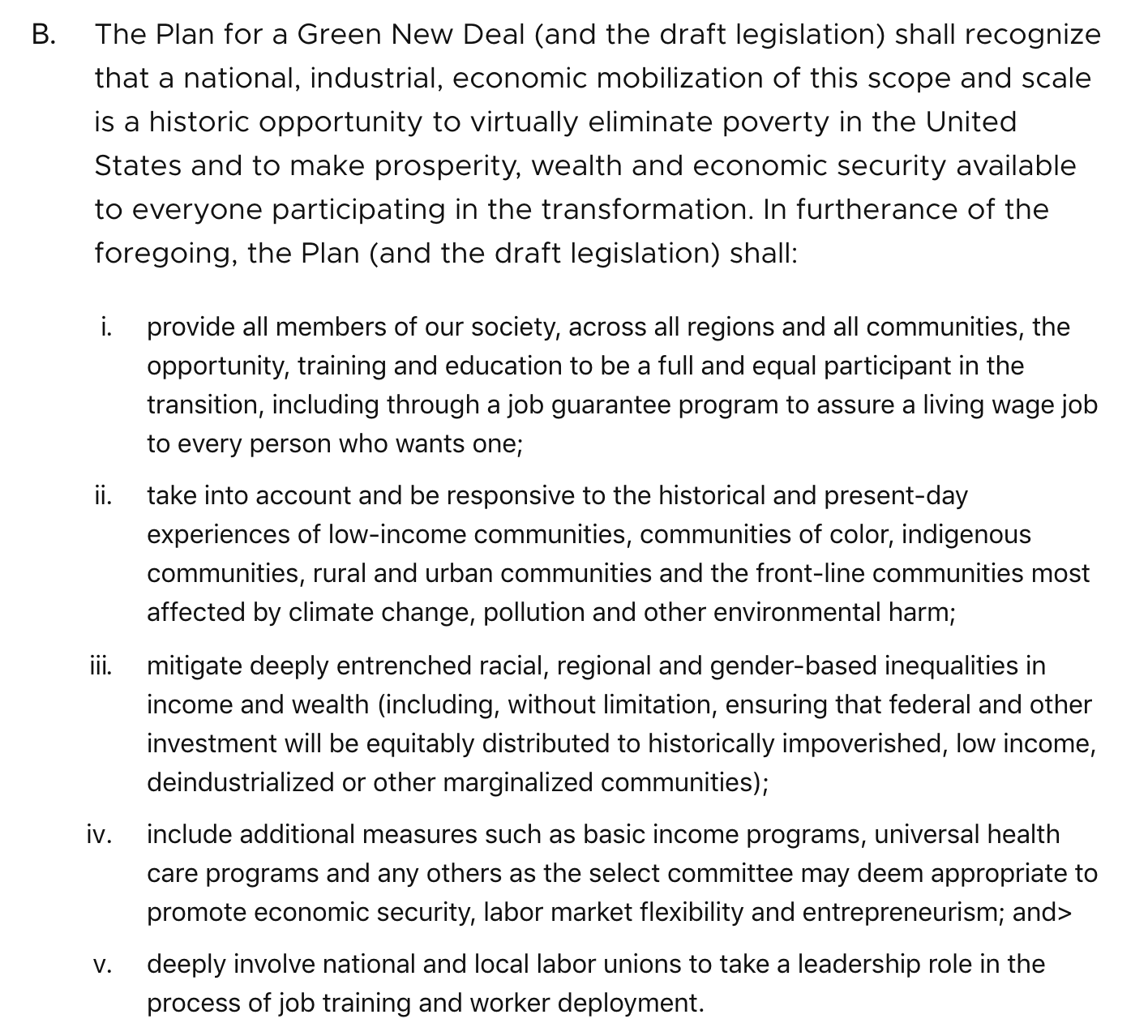 For Coloradans, here's a summary of our Representatives. Whomever is your Rep, I urge you to urge him or her to sign on and support these initiatives.

On the Western Slope, Rep Scott Tipton could hardly be worse (6% 2017). Same for Ken Buck (6% 2017) and Doug Lamborn (0% 2017!). Anecdotally, Rep Lamborn's staff was combative at the question of a possible carbon tax, when I called his office in an AP Bio class at Doherty High School two months ago. That's right, the staff member in charge of energy and environment got in a dead-end argument with me while on speaker phone to a room of 20 high school seniors and juniors because he didn't like that I brought up Rep Lamborn's pathetic 0% environmental voting record. This is public record! We should be holding our lawmakers accountable for how they're doing their jobs! To round out Colorado, Mike Coffman (League of Conservation Voters score of 6% for 2017) who lost his seat to Jason Crow, and Rep Ed Perlmutter has a pro-Earth voting record (LCV 100% for '17).

We ALL Want Climate Action

The American reality is clear: the vast majority of Americans, Democrats, Republicans, Independents, we all know climate change is a serious issue and we want our government to do something about it.

So, we must look inward at who we are choosing to elect to do the job of understanding basic science and basic economics. If Congress wants to play political games at the expense of American lives, homes, and health, (as seen in this past forest fire season and hurricane season on top of it) you can bet I will continually call out the party preventing legislation from passing.

What to do? Consider donating to an environmental group this holiday season, working to save our home planet and humanity. Since at the moment, our government needs a lot of encouragement.