2016 Personal Year Review: It’s like a gear guide. Except not. There was a lot of stoke in 2016, and here’s just a tip of the melting iceberg of a year.
Moved to Boulder and found my trail running tribe. This was after living in Thailand for the majority of the previous two years. Exciting note about Thailand, my Earthraging water-safe and environmental stewardship program for underprivileged Thai students is thriving, without me!  Check it out.
My Dad cajoled me into partnering with him for various skimo races around Colorado. Little did I know, this would solidify my love for the sport. It also solidified that Team Fueled by Flatulence would never race as a team again. Picture: girl towing Dad. Girl yelling at Dad. Dad hitting tree. Dad breaking pole. Girl waiting for Dad. For hours…etc. 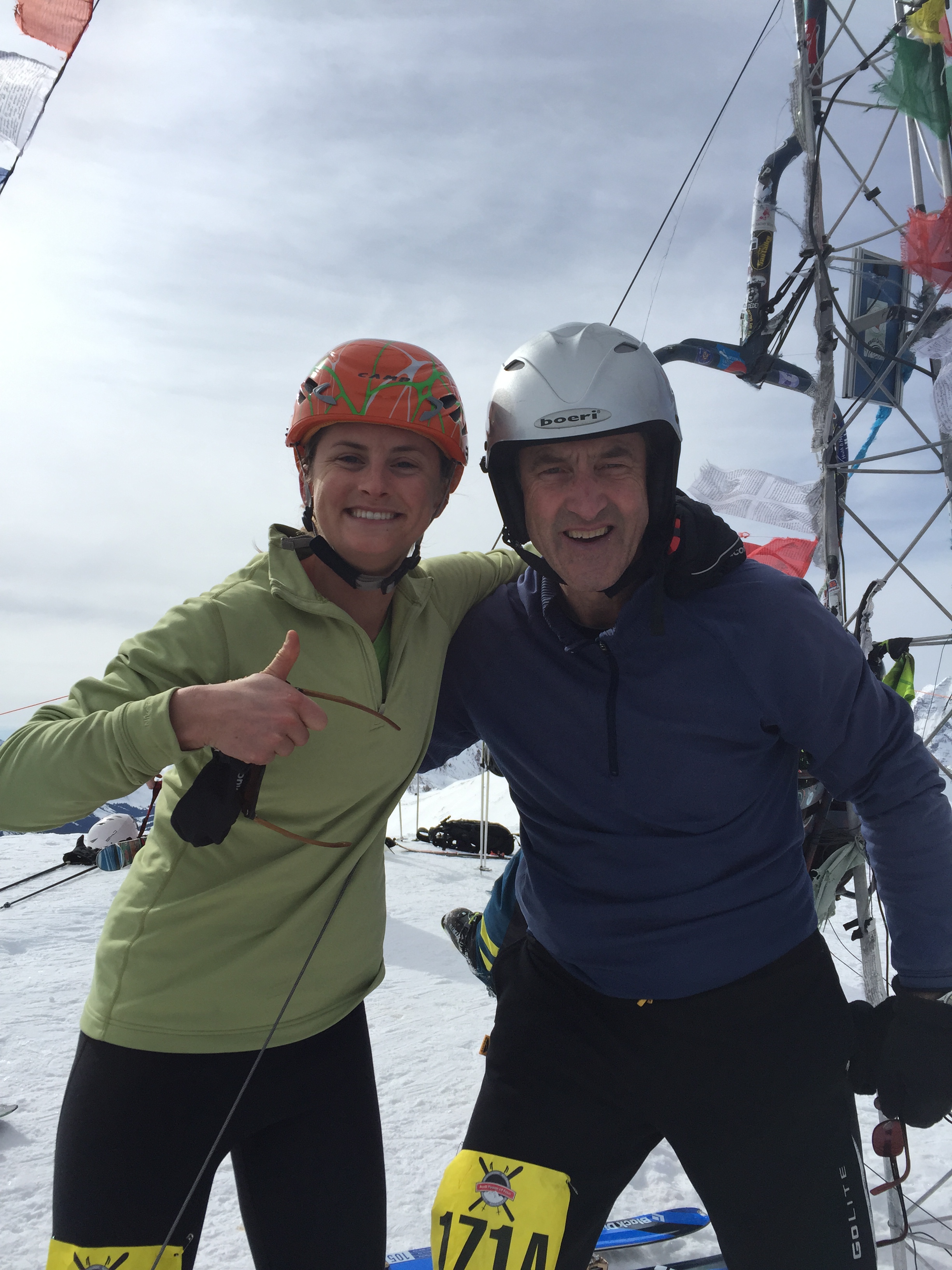 Emergency rooms became my 12-hour work haunts. I scribed in ERs in the Denver Metro area. I had medical school aspirations and ERs only solidified my desire to work in medicine, and to work with people. I was constantly learning, laughing, and thinking. Little did I know that I would overhaul my aspirations six months later.
I tutored, and still tutor. Chemistry, math, writing. My tutees rock.
Princeton in Asia invited my Thailand, Earthraging partner, Haley Read and I to return to the annual banquet at Princeton and speak about our program to the Board of Trustees. An honor we’re not soon to forget. 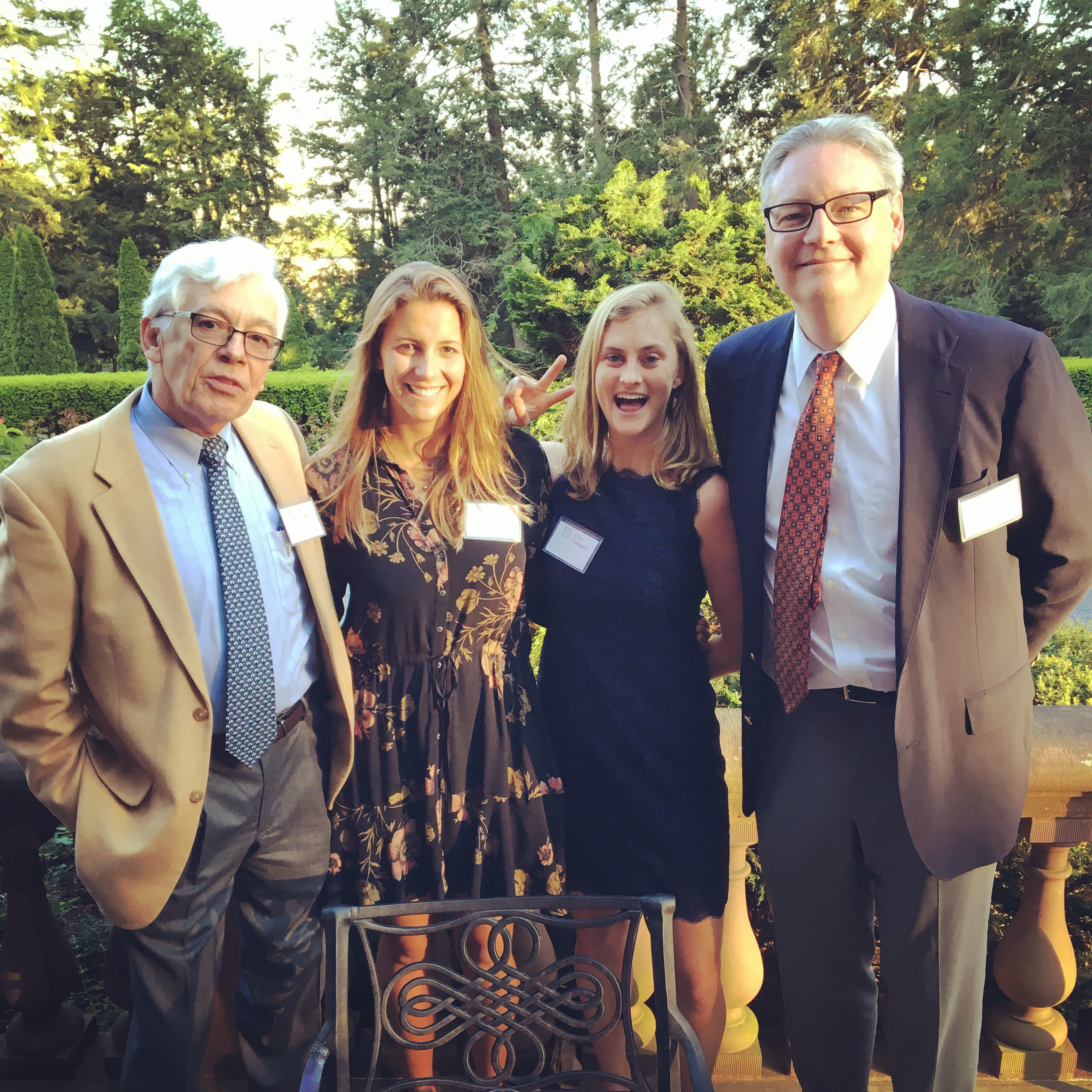 Raced Dirty Thirty 50k, in Black Canyon State Park, just outside Boulder, to gear up for summer. Got 2nd behind Alicia Shay. I was pleased. 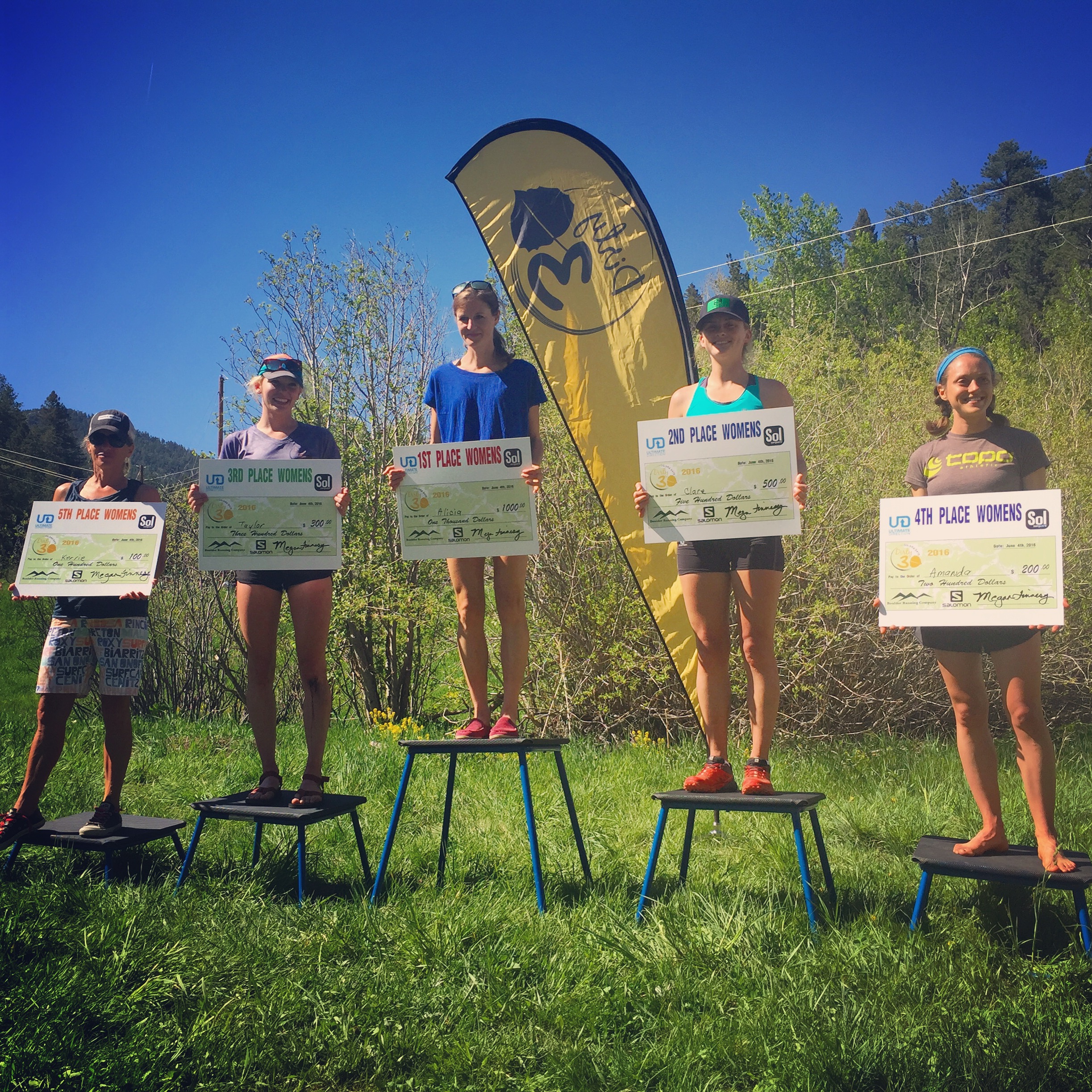 Many summer weekends were spent running in the mountains. The Salomon Squad of Boulder runs deep and it was an honor to be an initial member of the Ambassador Program. 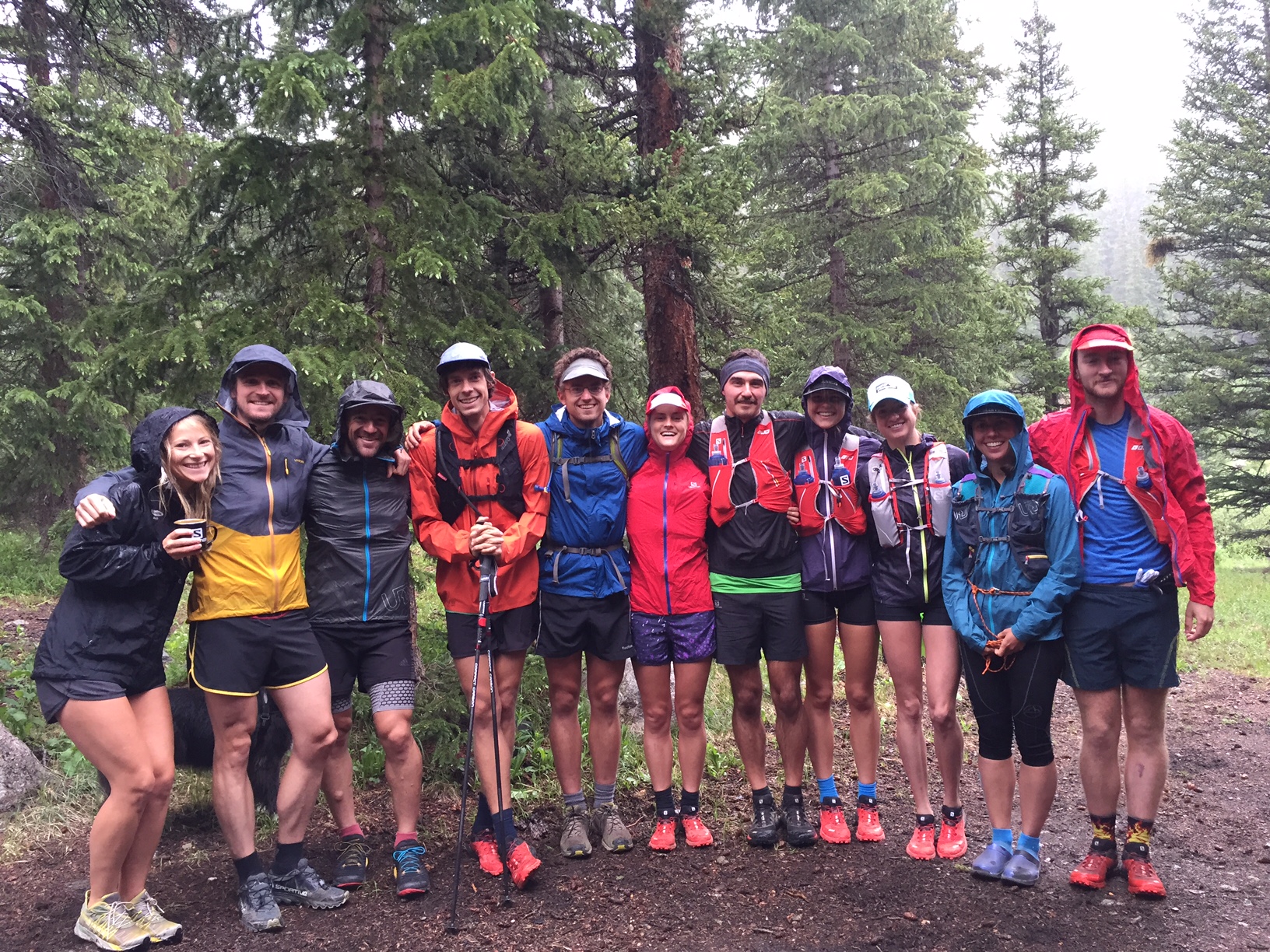 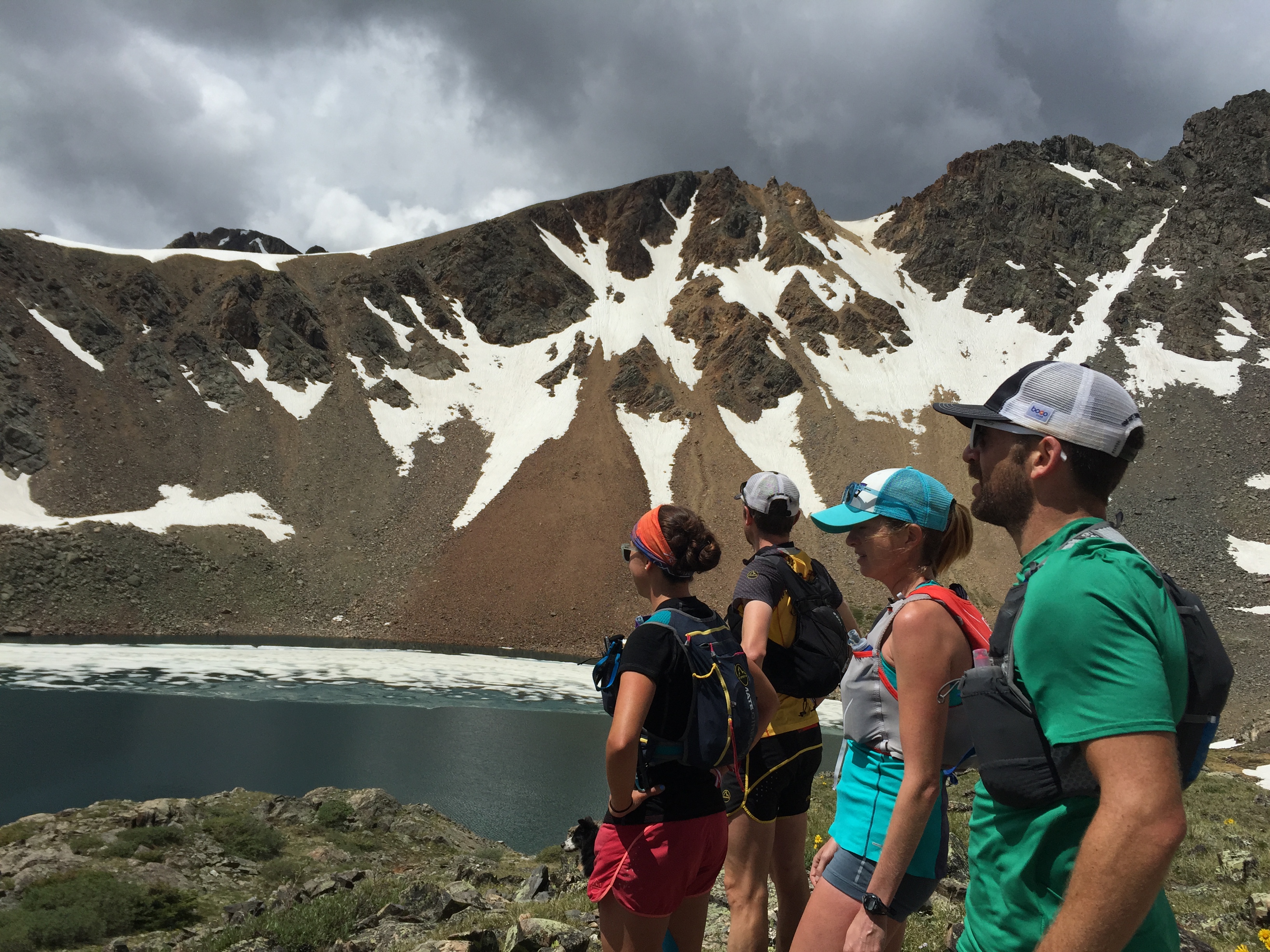 HOTSHOT repping. Talked to thousands of people about the neuromuscular workings of the spicy liquid shot that PREVENTS and TREATS cramping. Worked with awesome people who taught me a lot about cramping. 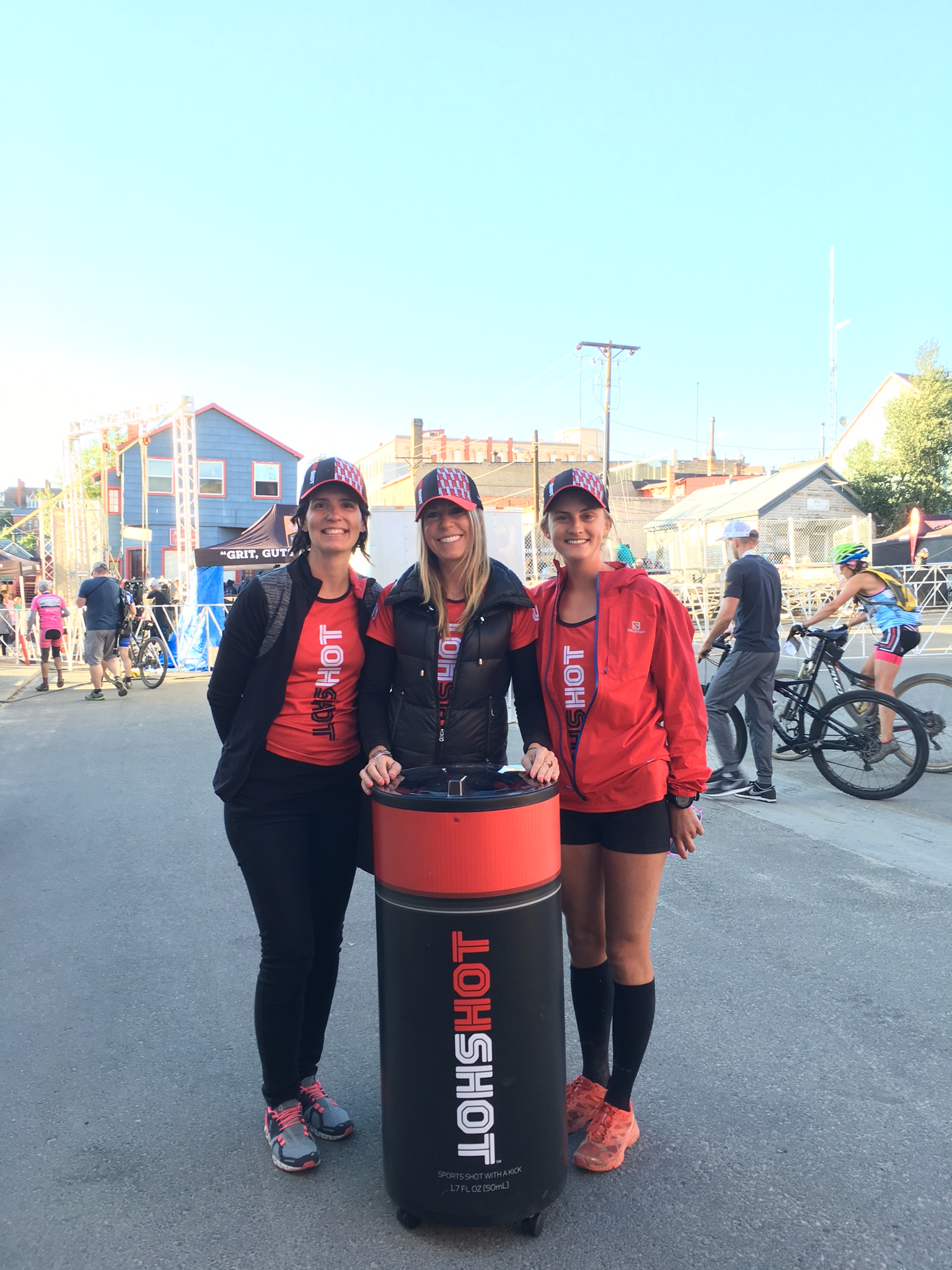 Organic Chemistry II. I dropped it within five days. I realized I didn’t want to be a doctor anymore. Anguish, fear, feelings of failure ensued.

Published coral paper! This paper was based on research from my senior thesis on baby corals and crevices. This may be my proudest accomplishment of the year, considering I’m completely removed from an academic setting, and have been working with my advisor, Christopher Doropoulos, who lives in Brisbane, Australia, since my junior year at Princeton—4 years ago! Knowing how devastated the Earth’s coral reefs are from the impacts of climate change, I fear an ugly world for future generations. But I also have immense hope that the U.S. can stick to the Paris Agreement, even if our President doesn’t.
Raced USA 30km Trail Champs in Colorado Spring. Got second behind Megan Roche. Congrats to the fastie for getting Woman Ultra Runner of the Year. 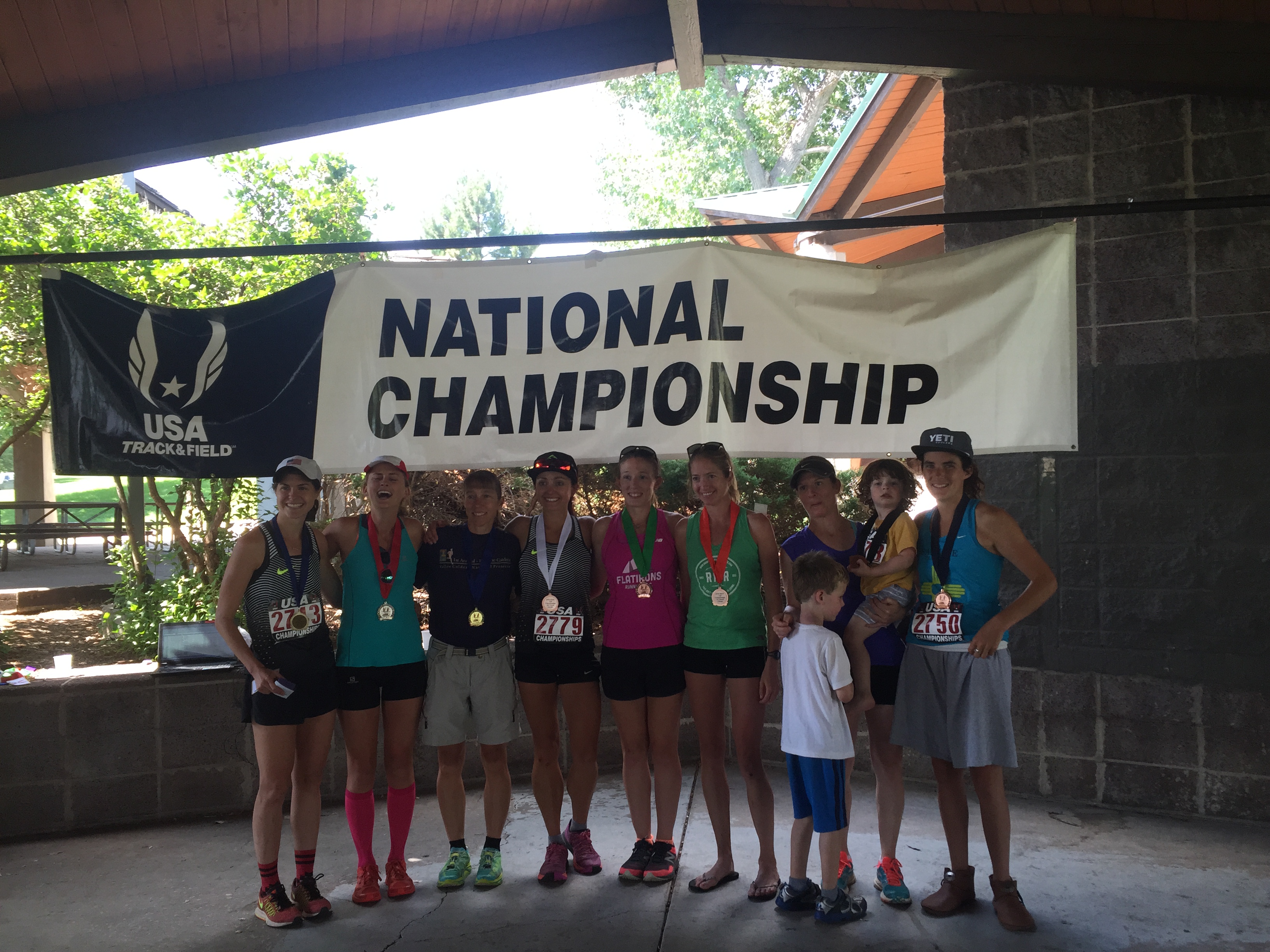 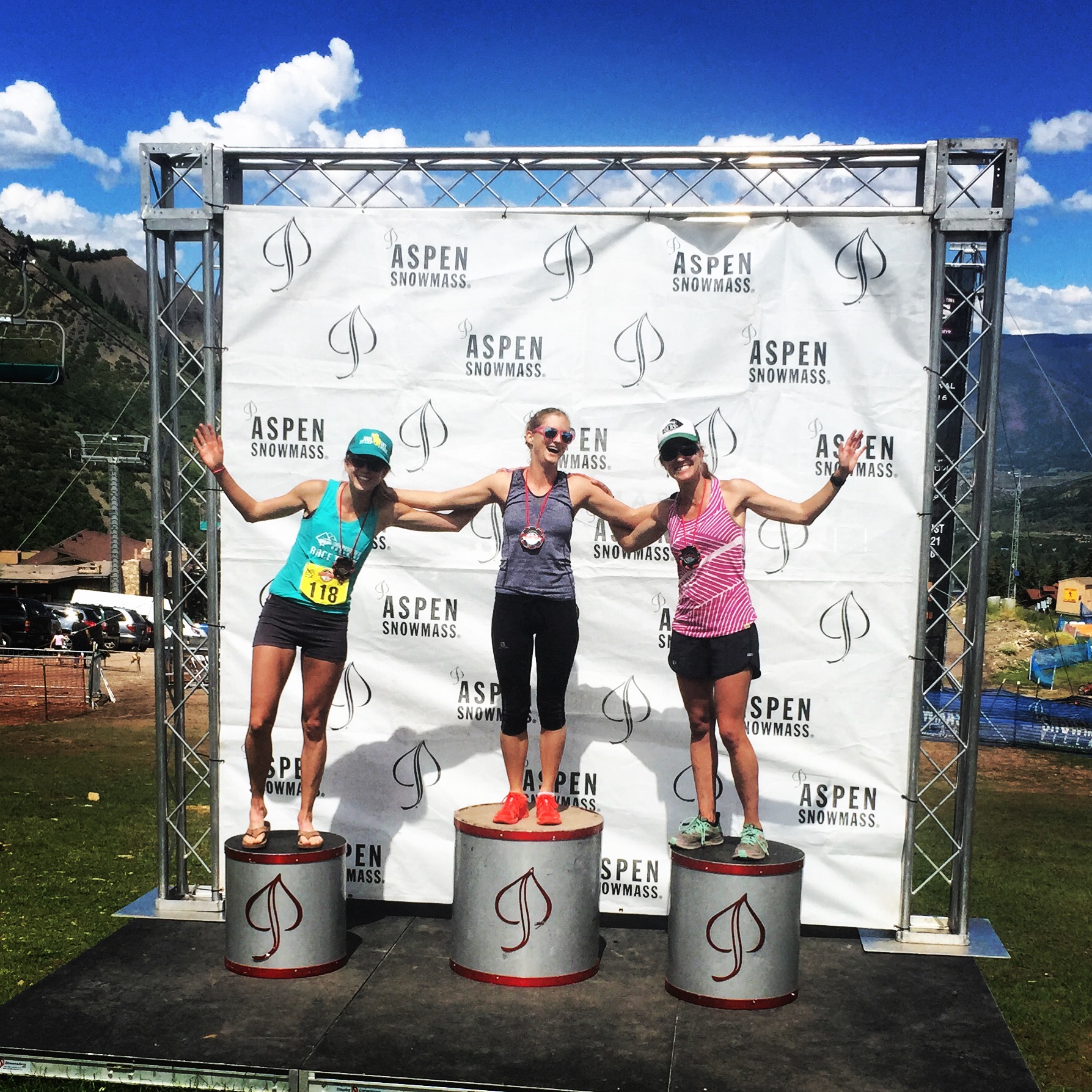 Moved out of the Tiger Den, into Kreith Household. The Tiger Den was an adorable studio apartment that I shared with my former Princeton teammate, Molly Higgins. She ended her career as a professional triathlete as I ended my medical school plans. The Tiger Den went through a lot. I moved into a basement studio of two retired CU Professors, Frank and Marion Kreith. Frank pretty much invented solar technology. Both of them escaped the Holocaust. I’ve learned a thing or two living there, to say the least. 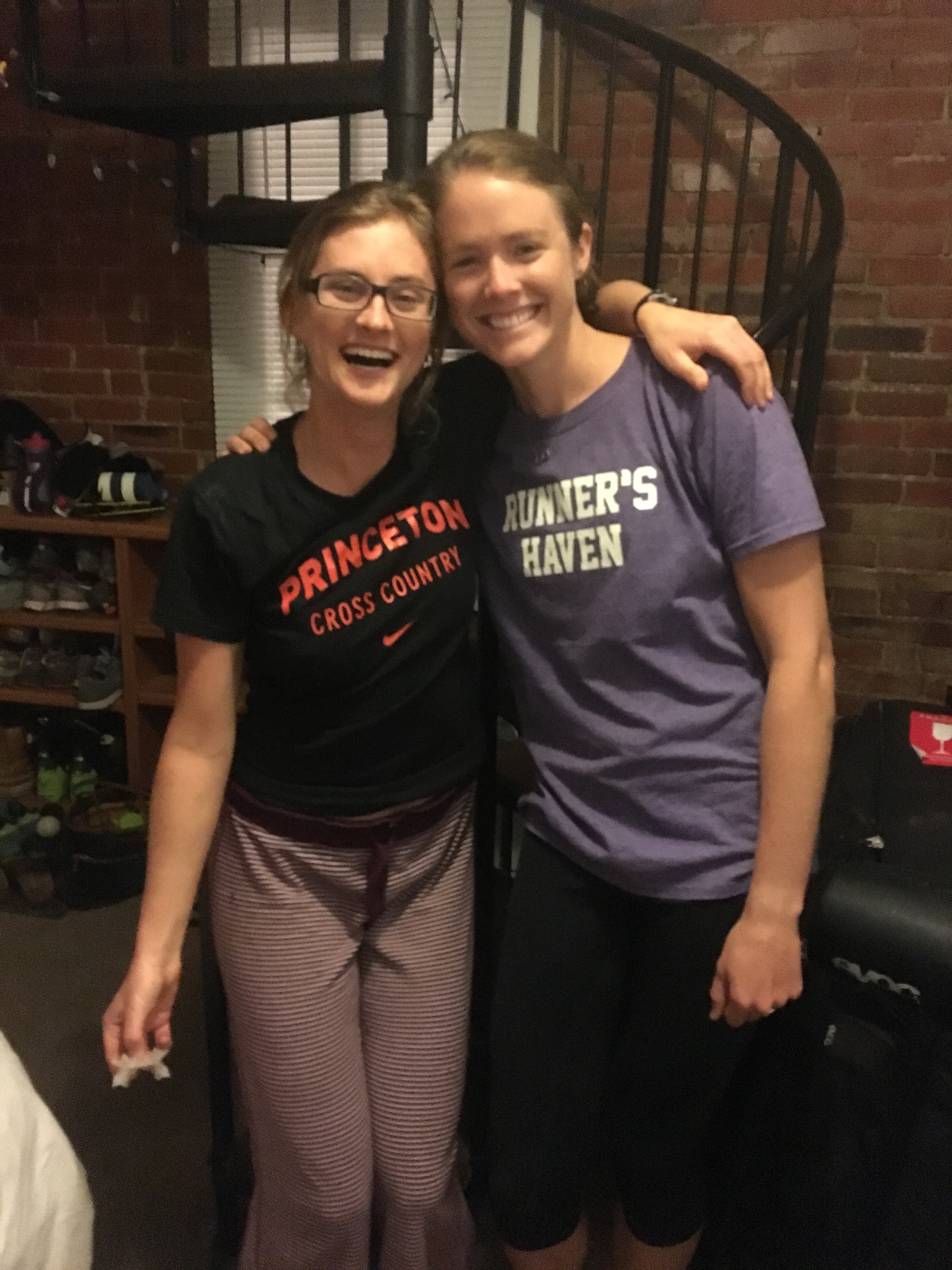 Leadville 100:  Went into the race with the goal of making the podium. Day went exceptionally well, winning and getting the second fastest women’s time ever. Stoked. Couldn’t be more grateful for my dreamteam crew of friends and family. 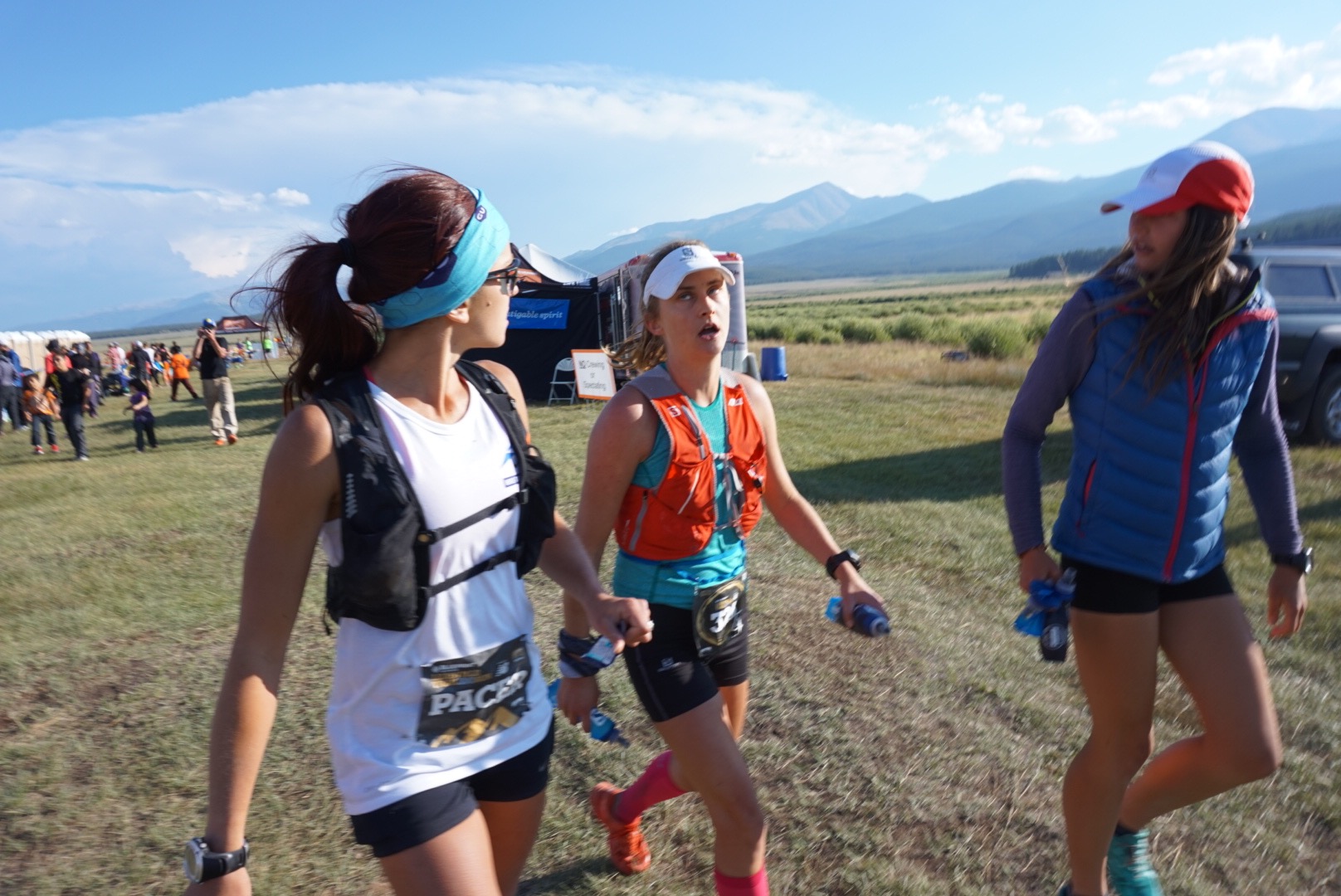 Raced The North Face Endurance Challenge Half Marathon in Park City. Met idols like Rory Bosio and Rob Krar. Joining The North Face team was a dream and it felt eerily close to reality. I won the half marathon, even with spraining my ankle with two miles to go. GORGEOUS COURSE, even when dropping five F-boms per minute. 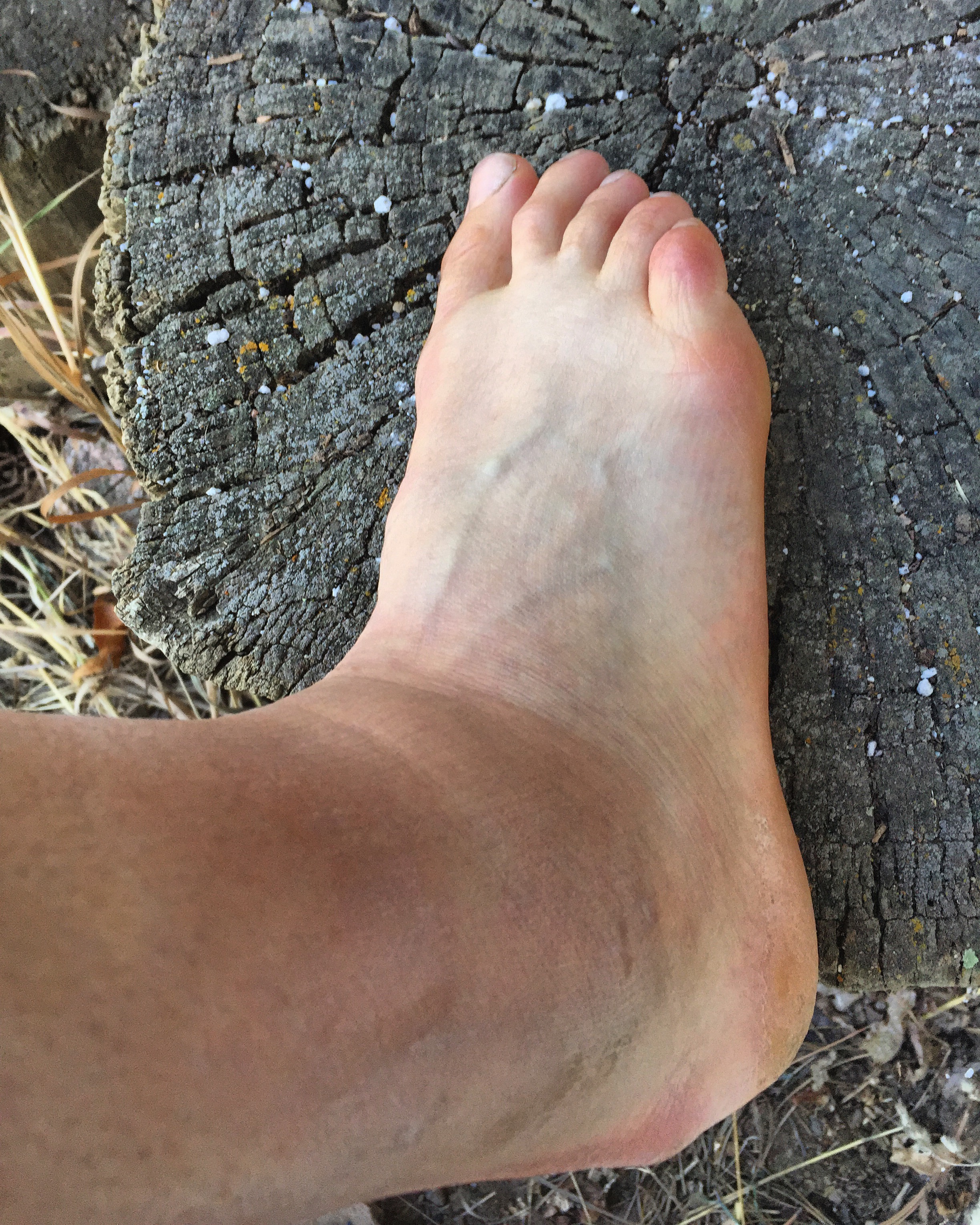 The North Face Athlete Summit – Dreams do come true. Joining The North Face Team is like putting dynamite in a apple. My mind is constantly blown away by the adventures, feats, and creative energy of TNF athletes. Not to mention that my runner teammates have been my idols for years. It’s even cooler to join a company that values environmental conservation and puts its money where its mouth is. I look forward to a long relationship with TNF, in running and environmentalism. 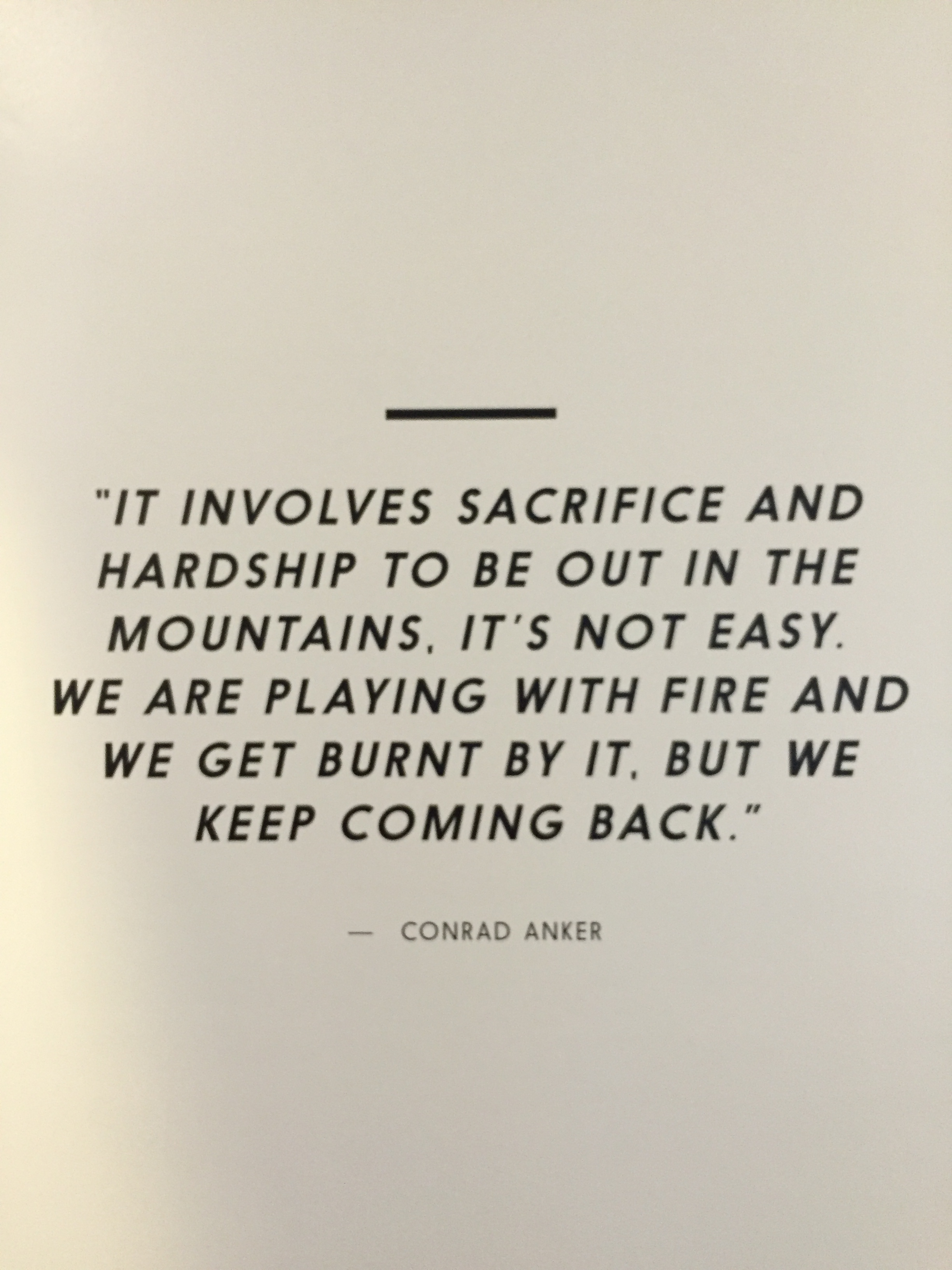 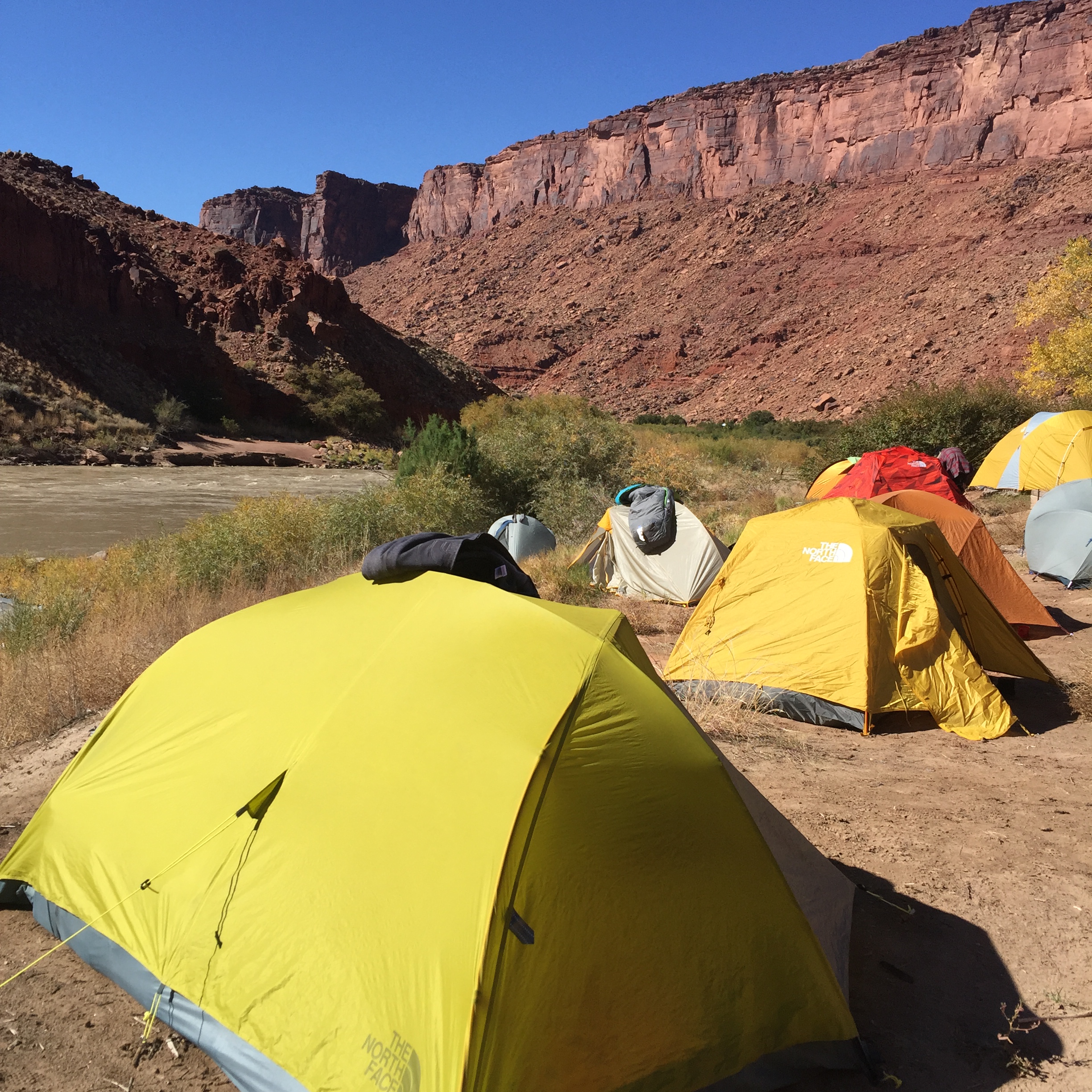 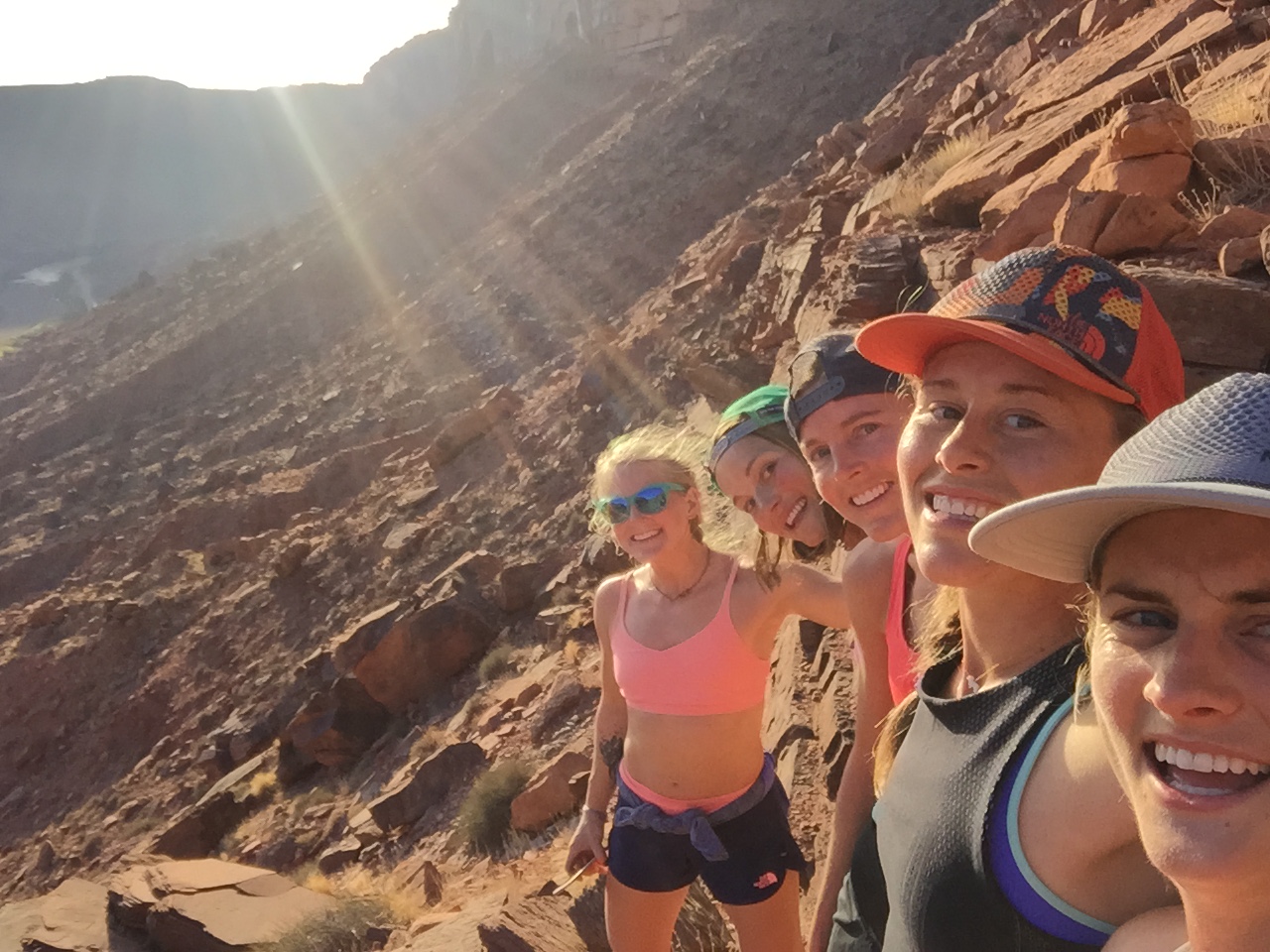 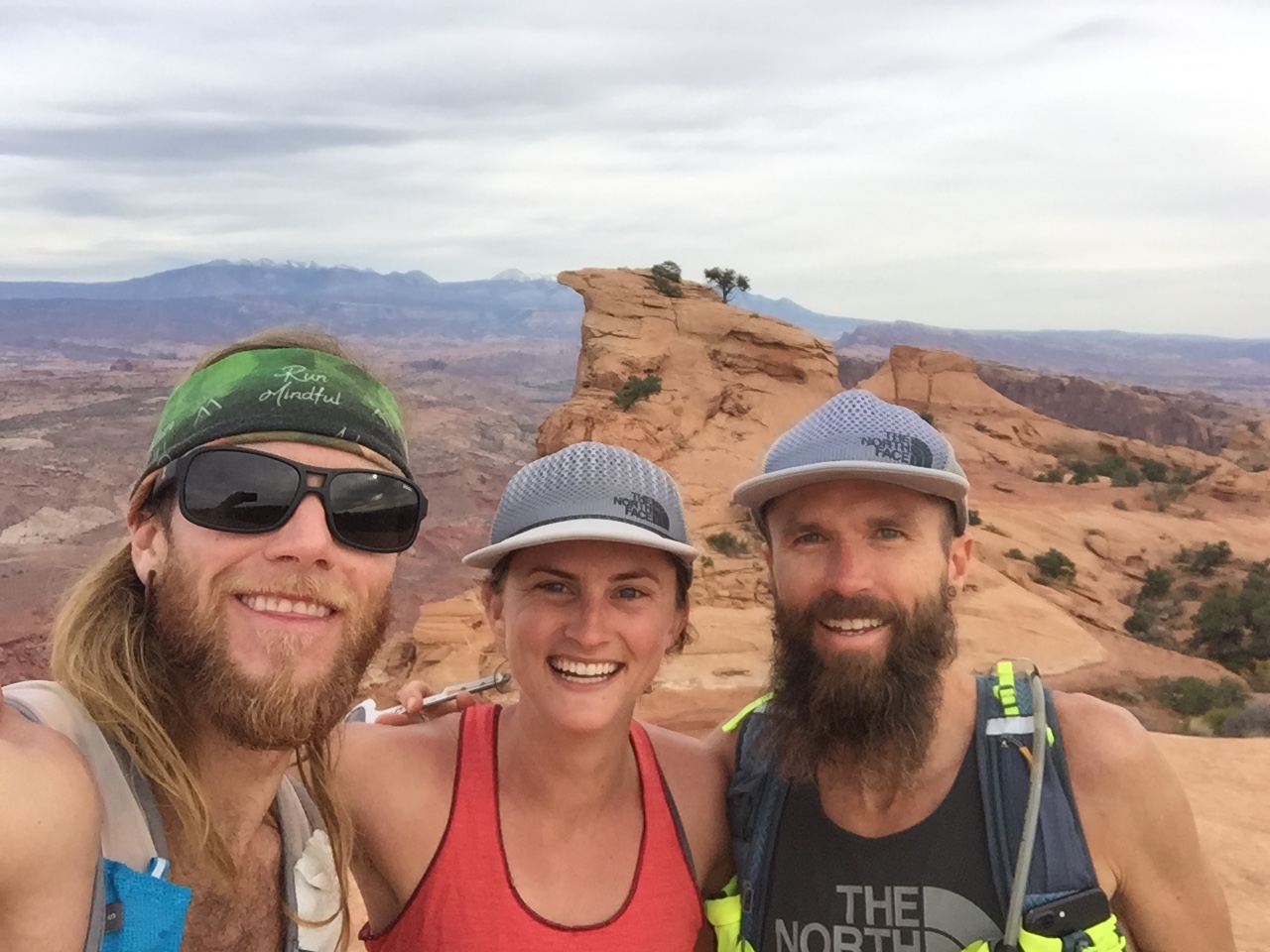 A film crew from Talweg Creative (REI) followed me around for nine days. What an experience to meet the coolest group of journalists, all of whom write for my fav magazine, Outside. We didn’t have any fun at all. Nope, I hogged it all during my cluster of a trail marathon in Moab. 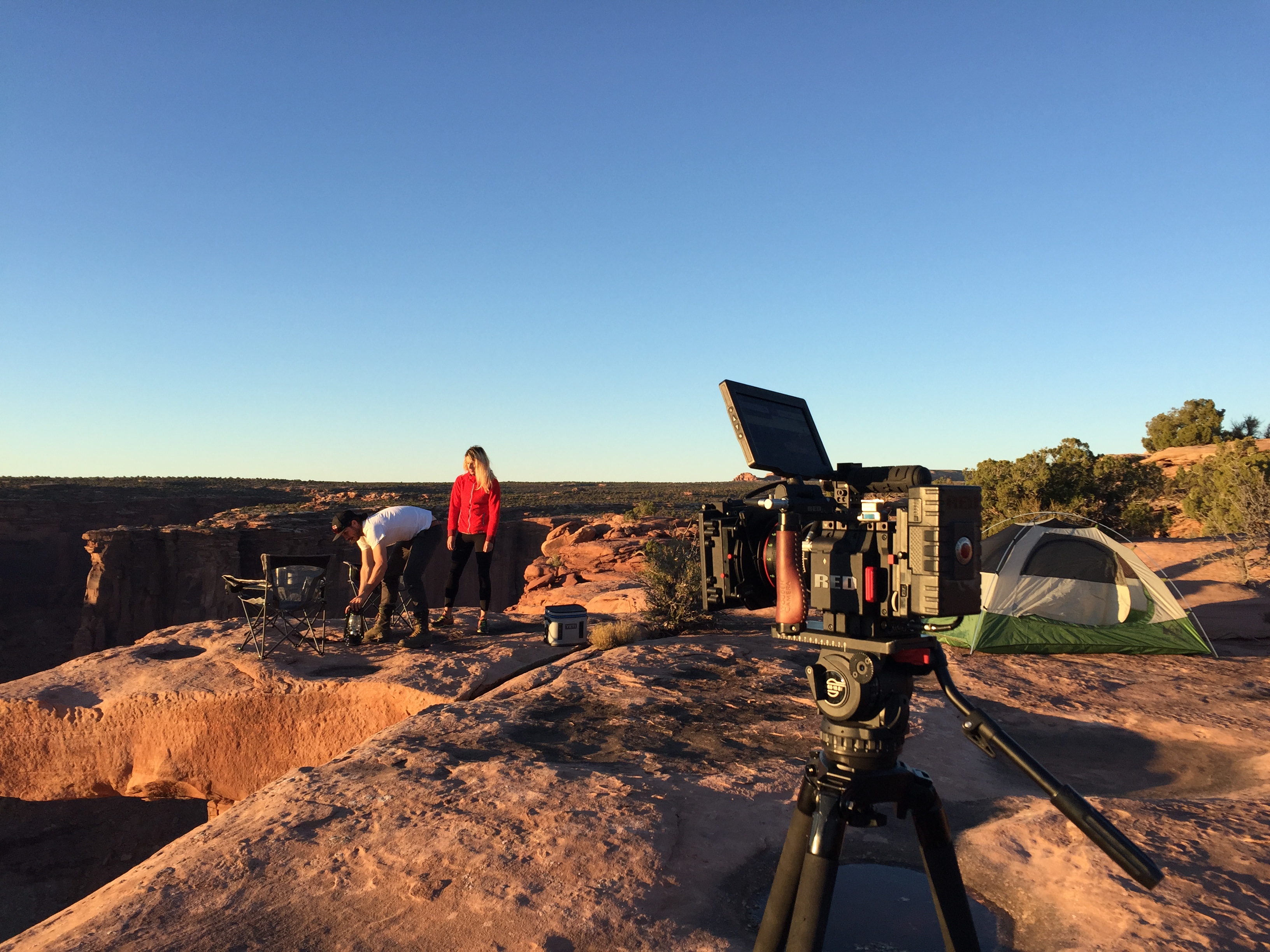 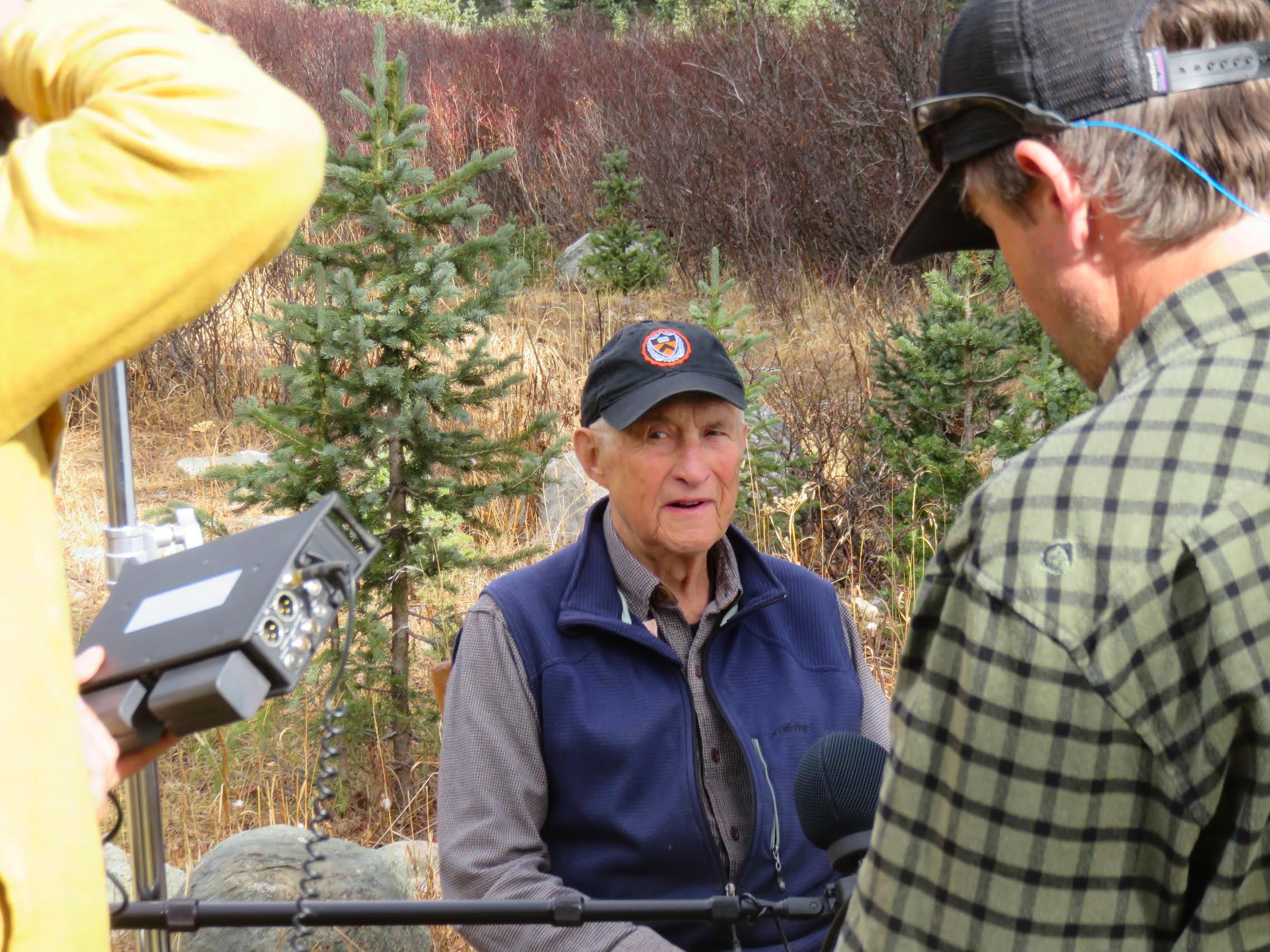 Raced Moab Trail Marathon – Placed 6th, not my best day, at all. Maybe I had too much fun with the Talweg film crew…
Thanksgiving and Turkey Trot: Tried to defend my family’s honor in the annual Washington Park Turkey Trot (with > 9,500 runners). Lost to my former Princeton teammate, Abby Levene, who is a professional triathlete in Boulder. A very swallowable loss! 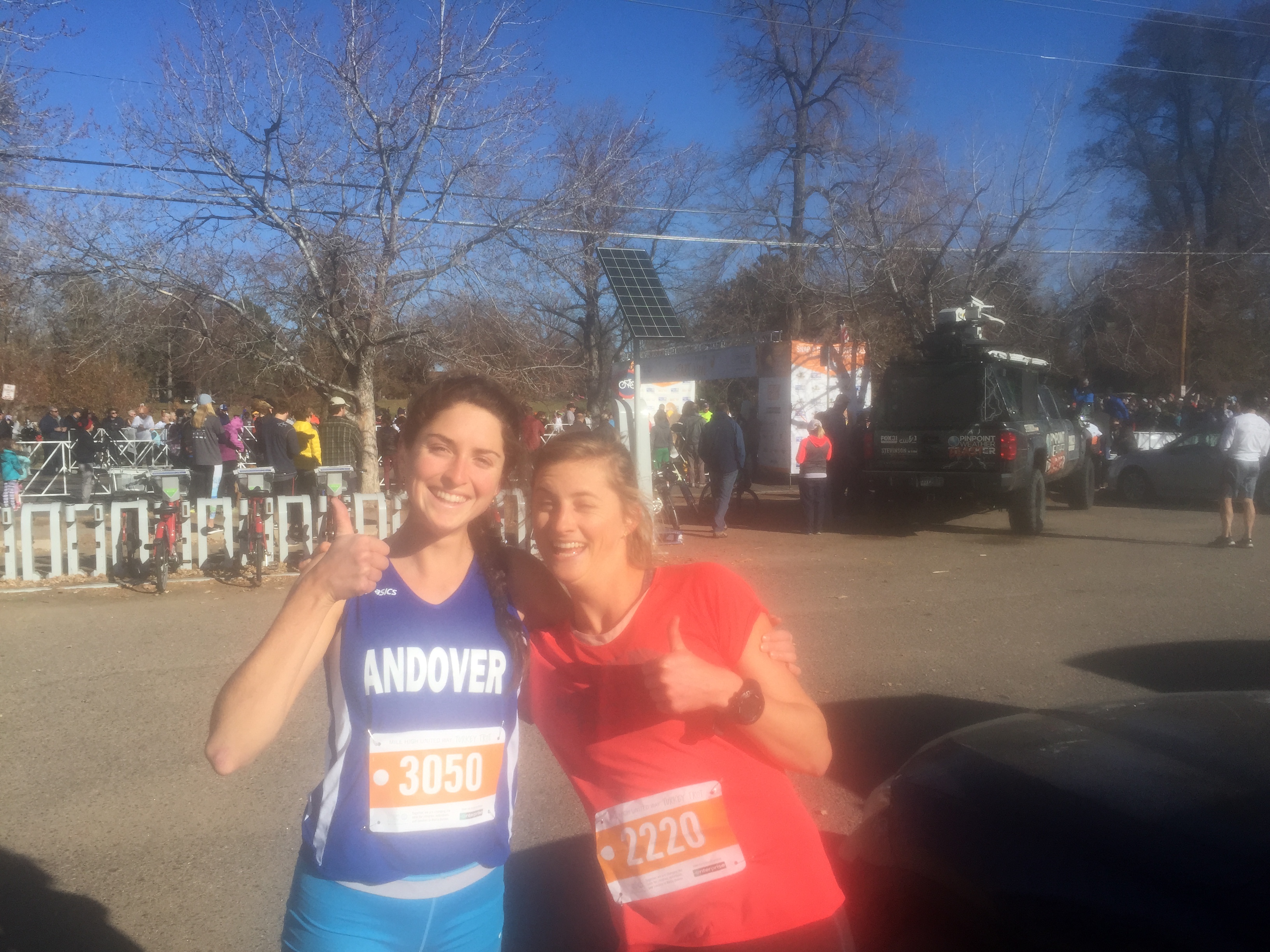 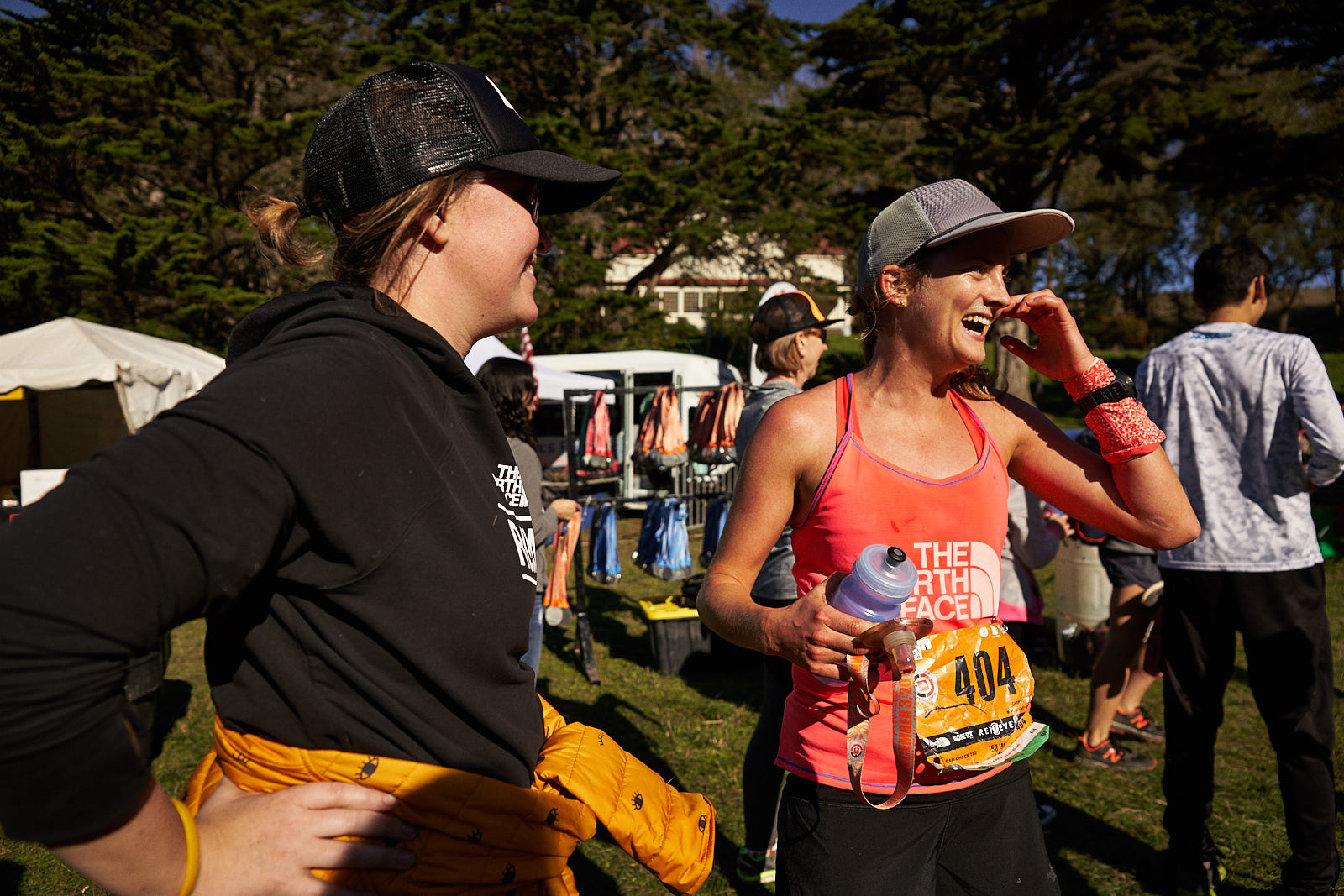 Raced the Northwest Passage skimo race in Mt. Brundage, Idaho. Got my butt handed to me! DNFed in the vertical race (my only chance at making the Worlds Team) due to a moronic skin choice, i.e. my old skins iced up so much they didn’t stick to my skis and I couldn’t climb up, which is the objective of the race. The following morning, it was -19F and I mustered through the 10.5 mile, 6,000 feet of gain race. The downhills are what tore me apart. I guess racing your race off in a 50-miler two weeks before trying to shred down moguls with skinny skis isn’t the best idea. 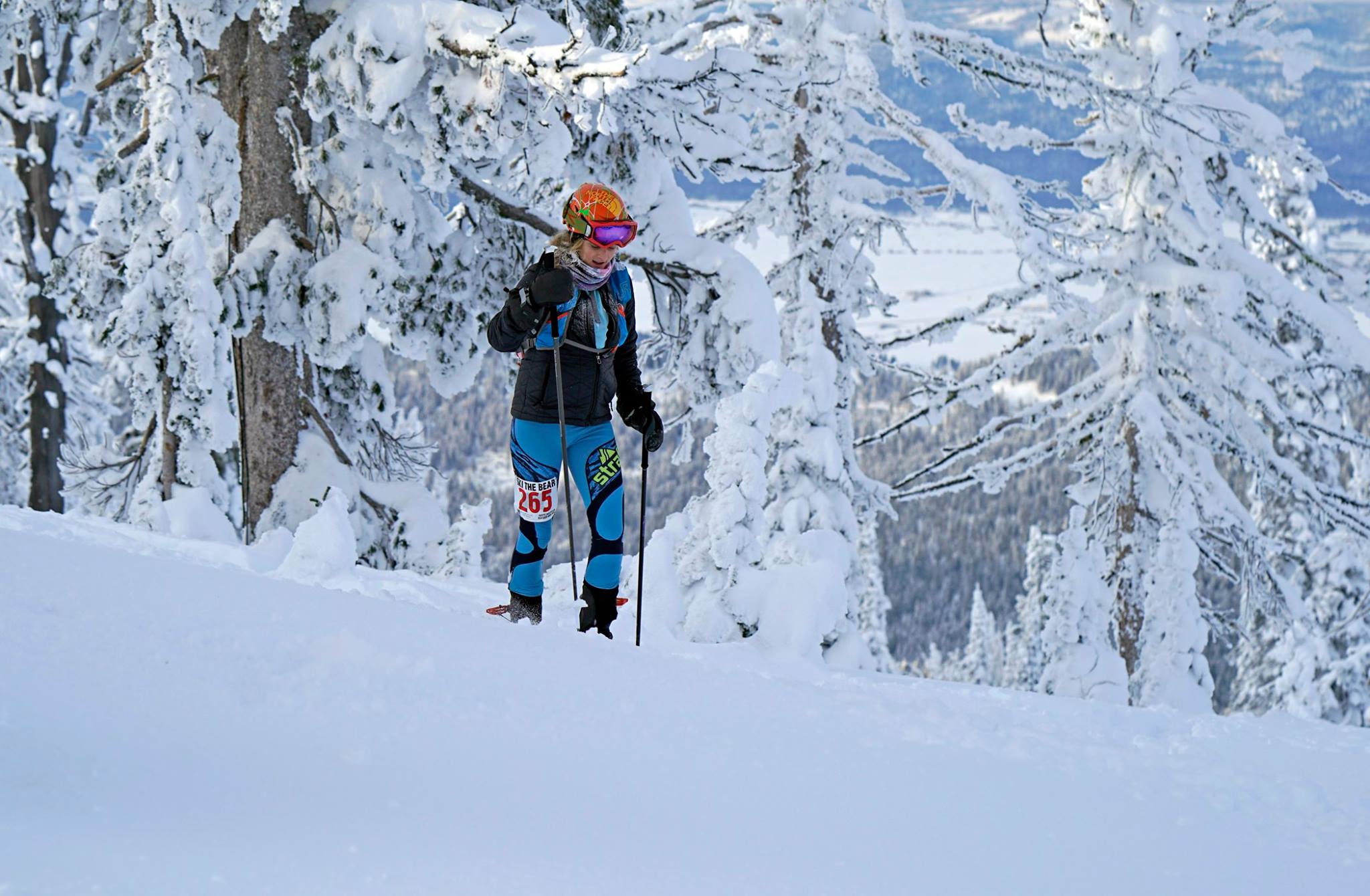 Spent time with my two older brothers: Eric, who is training in Green Beret Special Forces school, and Scott, who is in 2L of law school at Michigan, and will be working at a Colorado Public Defender’s office next summer. One brother back in CO! Also spent precious time with high school friends and cousins. 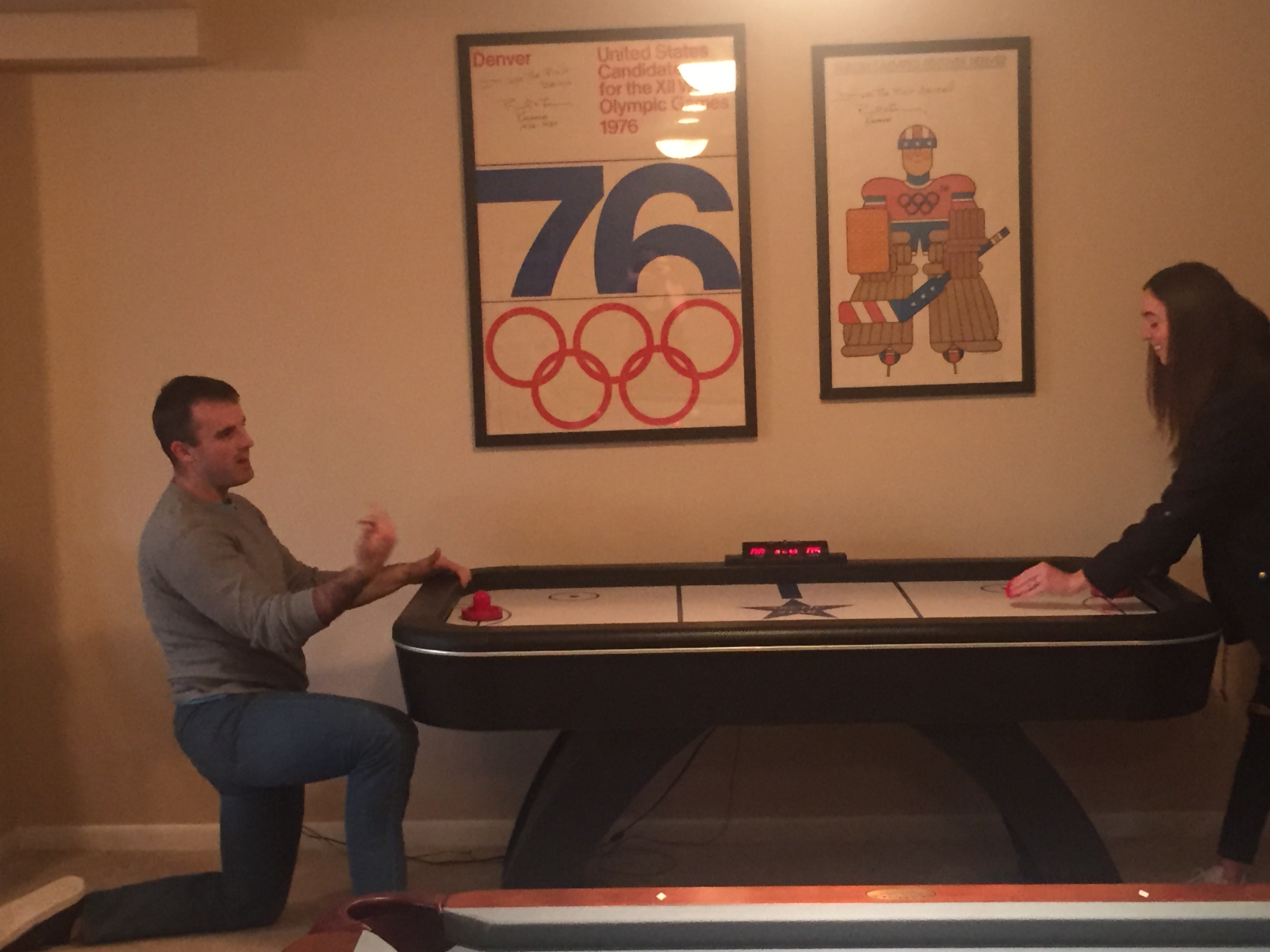 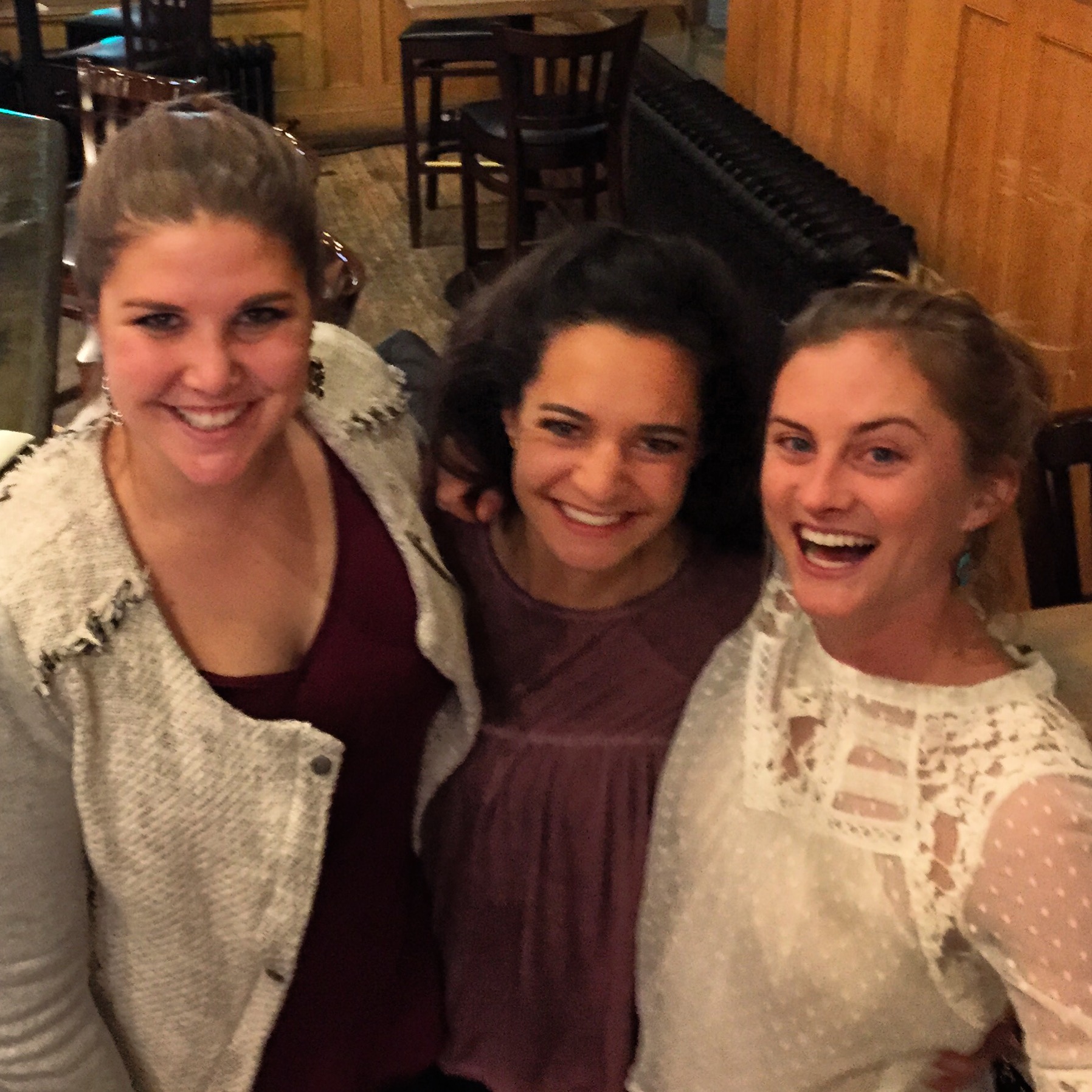 Rang in the New Year skiing with Boulder friends in the mountains. Grateful for health, community, and the 45 books I received for Christmas. Only half were self-help books… 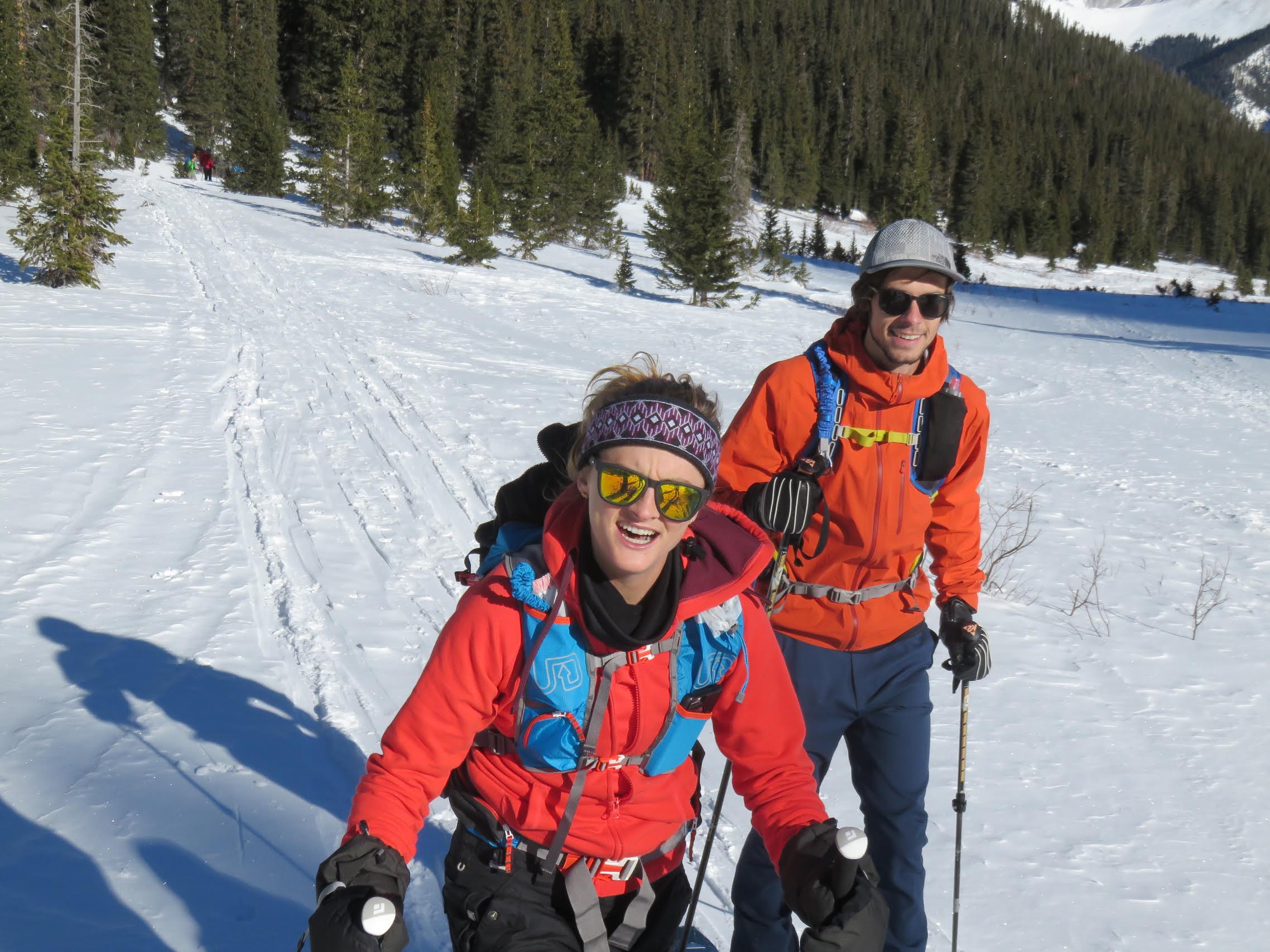 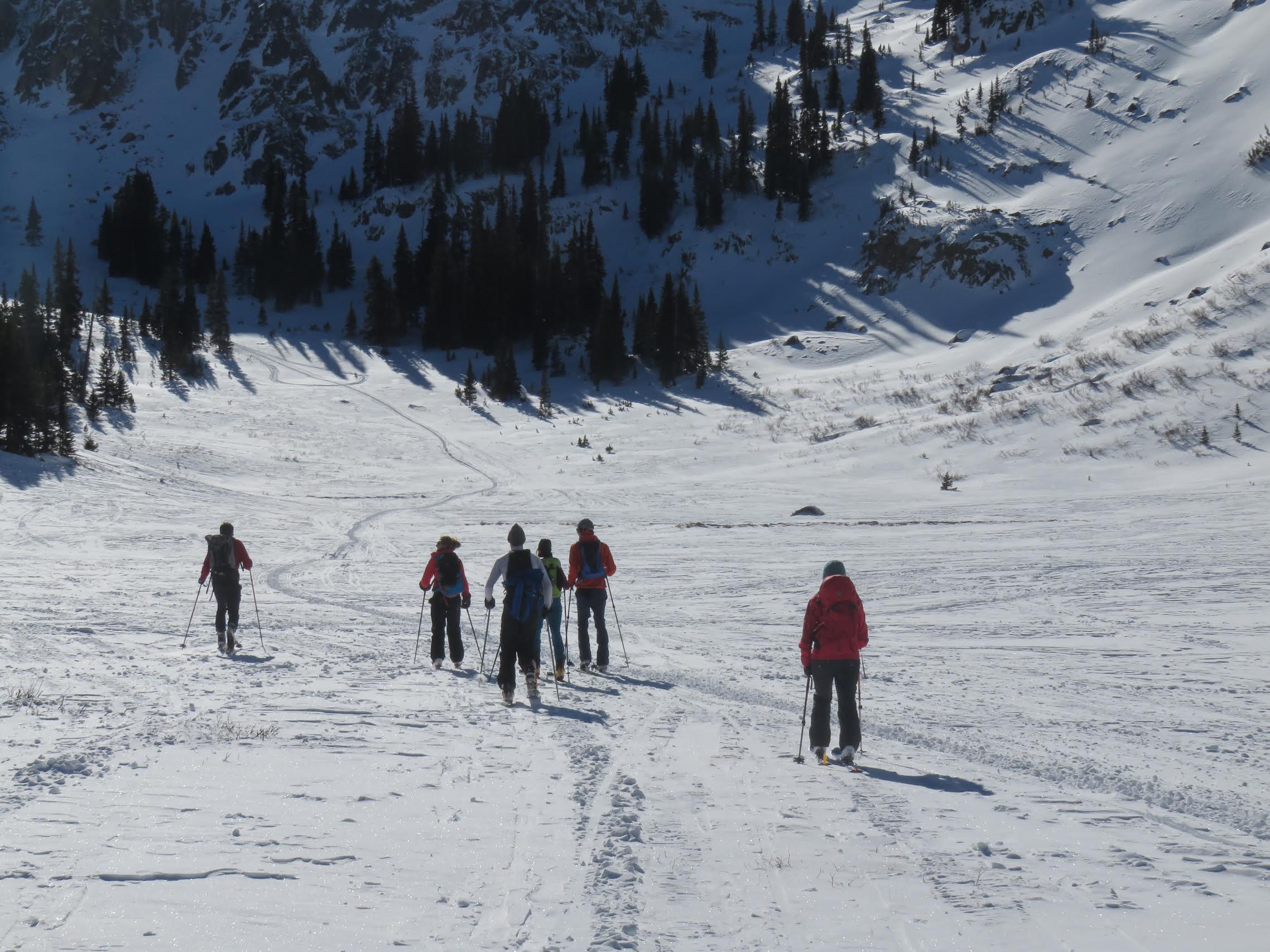 Considering I am horrified about the prospects of America’s environmental 4-year future, I am counting my personal blessings and springing into 2017 with more vigor and stoke than I ever thought possible. We are so small on this gorgeous planet, yet, so powerful. Cheers to a year of passionate crushing!